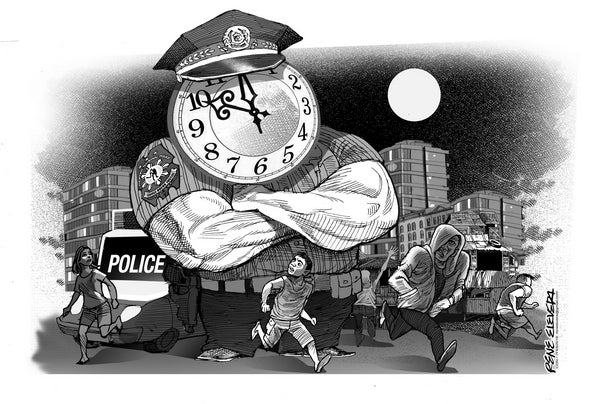 There’s nothing new with Cebu City Hall’s announcement that it will require its barangay officials to impose an existing ordinance on curfews following reports that gang leaders are busy recruiting children to their fold.

In fact, the city government’s threat to cut the allowances of barangay officials for failure to enforce the curfew isn’t new at all since these officials also received the same threat in their performance in the government’s campaign against illegal drugs.

What is new and alarming is the method through which these children are being recruited by the gang leaders who are supposedly out-of-school youths that are said to lure these children aged 10 years old and below by befriending them first.

Then after securing their trust, the children are subjected to fraternity like initiation rites and threats of physical violence should they be foolish enough to resort to reporting these hooligans to their parents or the police.

At present, the schools of these children are still verifying these reports, but the parents were already advised to fetch them at the school premises as soon as classes end lest they be cornered and dragged by these hooligans.

It doesn’t take much reminding to these children to stay away from these gang leaders as seen by the cigarette burns seared into their wrists and other parts of the body by these hooligans, the products of parental neglect and abuse who are left to fend for themselves in the streets and then eventually recruited by criminal adults.

But keeping them safe means having to follow the curfew ordinance which requires children to be at home not later than 10 p.m. The current Palace occupant had been known to enforce a curfew ordinance during his heydays as Davao City mayor that he credits for the city’s lower crime rate.

It would infinitely be more preferable for some parents to have their children, even those above 18 years old, at home at that time rather than carousing the night with friends and ending up at God knows where.

Among the questions raised against the enforcement of the curfew ordinance is the kids attending night school who may find themselves inconvenienced and unjustly penalized for pursuing an education.

But unless they are accompanied by adults, children and teenagers below 18 years old should know better than to hang around at night when they should be at home resting for classes tomorrow or after a weekend of school.

Commercial nightspots should also cooperate with the city government by refusing entry to minors beyond 10 p.m. even with them traveling in groups and using alibis as “research” and “homework” in order to spend the night in internet cafes.

More importantly, it falls on the parents, regardless of their poverty and status in life, to keep their children in line by having them home on or before 10 p.m.

Read Next
Of art and love: Contemplating molluscs