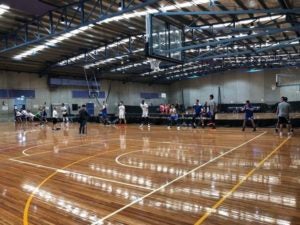 The Gilas Pilipinas in its first practice in Melbourne.
inquirer.net

GILAS Pilipinas is now on its final preparations for its colossal Fiba World Cup Asian qualifying game against Australia on Thursday.

Coach Chot Reyes shared a glimpse of the team’s first training in Melbourne on Tuesday as the Philippine crew finally got its full roster buckling down to work.

Gilas left for Melbourne late Monday night and arrived after an eight-hour flight before Tuesday morning.

Gilas Pilipinas takes on the Boomers on Thursday at Margaret Court Arena.