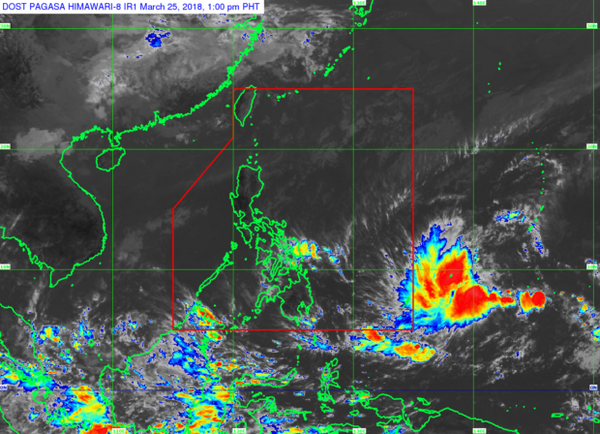 The low pressure area east of the country has intensified into a tropical depression, the weather bureau said Sunday.

The weather system reportedly packs maximum sustained winds of 55 kilometers per hour (kph) near the center and gustiness up to 65 kph.

Pagasa said the tropical depression was moving west northwest and would be named “Caloy” once it entered the PAR either on Monday evening or Tuesday morning.

The tropical depression could develop into a tropical storm by Monday morning, the weather bureau predicted.

Despite this, it will not likely make a landfall in the country given its recurving track, the weather bureau said.

Read Next
Heartbroken by gun violence: Rallies across US demand change