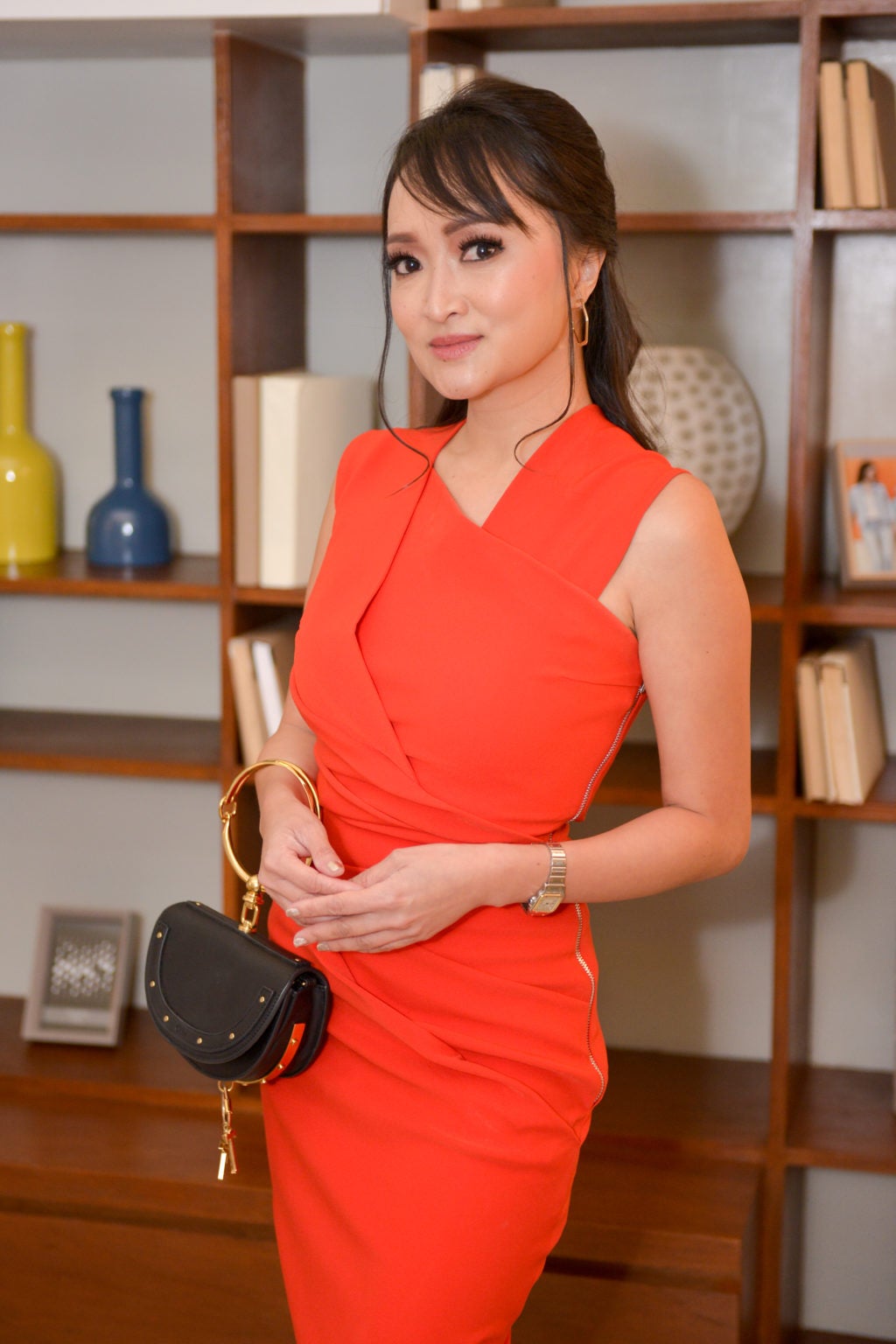 THE RIDDLE of Kate Torralba is echoing the conference’s theme of unexpected pairing, capturing the intellectual and entrepreneurial wattage that could now be driving the digital age. After a long, hard slog through the ups and downs of show business, the Cebuano-born singer—now nearing 40—is finally world music’s golden girl.

“I begged for that gig. They didn’t know who I was. I told them that I played in the Philippines, and they gave me a chance,” she recalls her early years at the threshold of a new venture that was planted in Singapore.

As she rocketed a breakthrough path in fashion design propelled by celebrities—Kris Aquino, Lucy Torres, Joey Mead—years ago, she was most recognized for something else: her piano.

The piano is the link between what’s on top of her head and what’s inside it. Her secret weapon? Curiosity, and a few secrets to spill.

“I thought I was never coming back. I closed the shop, and then I realized that fashion is such a big part of me … But I think music is more intimate. It’s more of a secret I am sharing with the people,” continues Kate of an upcoming collaboration. “But if God wants me to go there, I am fine. That’s my prayer every day: ‘Lord, take me where I need to be’.”

In a mini concert, “Kick Off the Monday Blues with Kate Torralba,” at the showroom of 38 Park Avenue on India Street, I.T. Park in Lahug, Cebu City in March, she performed and played behind the keyboard her renditions of Coldplay’s “Yellow,” Frank Sinatra’s “New York, New York,” and Henry Mancini’s “Moon River.”

She also plucked singles such as “Drunk on Your Love,” “Monkey Song,” and “Pictures” from her all-original album “Long Overdue” released in 2013.
With a second album tucked in for distribution very soon, a surprising portrait emerges: part woman, part myth, part eternal child.

The result: She is the uncontrolled and the uncontrollable creation of a powerful belief system, which has shaped her more than she can possibly understand, including her very own love story. Yes, and that, too.

You have conquered the world already. How cool is that?

I just came back from a successful show in Singapore the other weekend. I have mga shows around Europe and Asia this year, but ano pa, we’re still sorting out my schedule because I’m always moving around. I am also completing my songs for  my second album. I am trying to release by the year end, but I’m very OC, so it might take some time—ano na, probably early 2019. I’m spending a little more time in Asia this year. I have design projects—how weird? I’m starting to get back into fashion. There’s a little more fashion, but still, music is my priority.

What’s in store for the next nine months?

It’s quite exciting. I’ll be collaborating with some Filipino artists, producers, and also some producers abroad for the new album. It’s still going to be what I did before. Parang what I did was I recorded some songs in the States and then some songs in the Philippines. I worked with different producers. Probably, I am also going to do the same… like the hodgepodge of things, different goals, different sound. Another producer is based in Manila; another producer is based in the States. I might be recording in London. I am recording single by single this time. Before, it was like just one big project and then I launched the album. This time, I’ll be releasing singles first, then the album.

And what is the concept of your second album?

I can’t reveal anything yet. But you know it’s different because basically, these are the songs I wrote during my tenure in London. I lived in London for almost four years. I wrote the songs as I was experiencing life in London, which was quite tough. Yes, it’s a little more grown up, a little more mature. There’s a lot of melancholy stuff because it’s lonely there. My life really kind of just feeds my songwriting. It’s a very personal album. It’s quite telling of the things I went through. It’s like a diary, so that’s what it is.

You mentioned of returning to fashion.

I am only thinking of design projects I can manage in between my shows, so wedding gowns. I am also working on a small children’s collection—I can’t reveal yet. It’s funny because I just came back.

Did you ever imagine going back to fashion after a rocketing start in music?

I thought I was never coming back. I closed the shop, and then I realized that fashion is such a big part of me. Even if I wasn’t making clothes because I was in London, people would respondto how I dressed, the clothes that I wore. I realized that fashion is just another transmission of my creativity pero I write songs; I play music. I style. I design clothes. It is a big part of me. I feel like I was not being authentic. I was ignoring that side of myself. I
was suppressing it. Wait a minute. I still can do fashion while I’m doing my music. I am in an experimental mode in terms of how do I balance fashion. How do I balance the music? How do I balance my personal life? It’s like recalibrating my joggling act. It’s an exciting year for me. I’m very happy.

How does it feel to be behind the sewing machine again?

I feel like I’m starting again in fashion. It feels like I took a very long break. I’m kind of jabbering into it again. I won’t do fashion the way I used to:
I was full on. I had two stores. I had department store lines. I was doing stockings. I was doing so much. So right now, I am trying to recalibrate —how much of fashion I can do, which is workable for me, that won’t stress me out and that would still be enjoyable. I am
doing my own clothes again for my tour.

Do you repeat outfits?

I do, actually. I do. Dili lang klaro kay I’m quite clever at putting my outfits together. You know these days on social media. 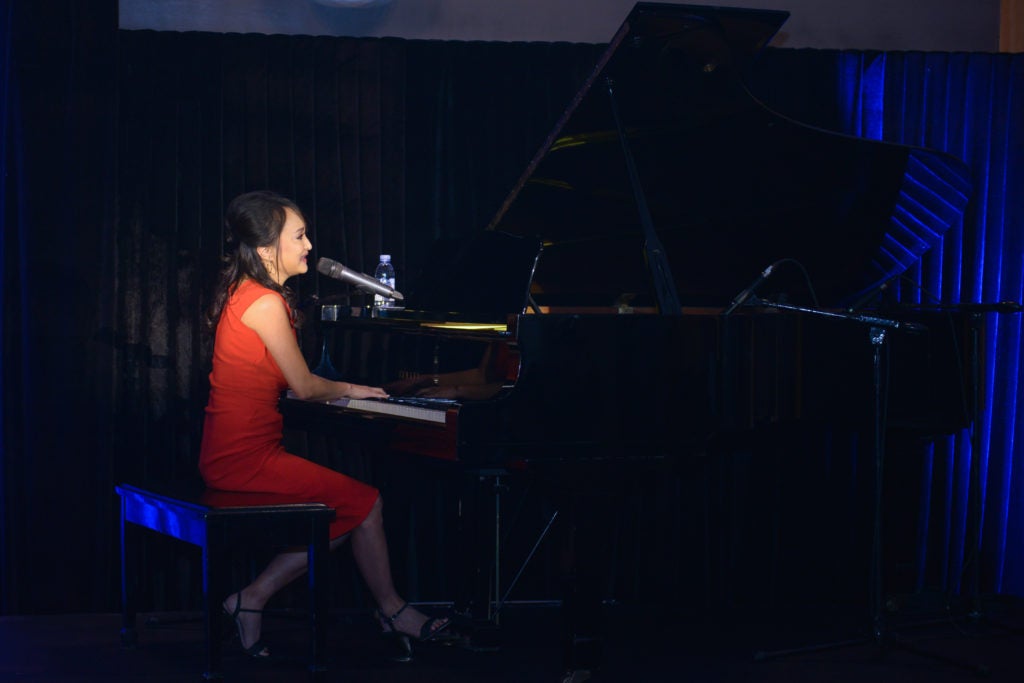 How do you describe the complexities of fashion and music?

Well, like I said, they’re different transmissions of the same creativity, of the same soul. But I think music is more intimate. It’s more of a secret I am sharing with the people. With fashion, it’s more of the outside. Fashion is a visual cue of who you are as a person. I don’t think about it too much. With music, I’m so praning and so OC. With my songwriting, it’s opposite. I’m very obsessive. I’m very particular.

What inspires you to write songs?

It’s always what I experience. If I’m going through a tough time, you’ll hear it in songs. If I’m sad, it’s there. I could not write music which I couldn’t feel. Maybe, that’s why it’s so personal.

What’s the secret to your success?

I don’t know. That is so sweet. Honestly, I feel I haven’t figured things out for my music career. But one thing is for sure, I really love it. Everything I do or create, I’ve just to really love it and enjoy it because I am just lazy to be doing things that I am not really interested in. It’s too much effort to try to do something I don’t really enjoy. These are things I love.

Love life, anyone in particular?

Oh my gosh! You know wala. Wala ko’y love life. I mean, I did have a relationship when I was abroad, but it didn’t work out. Maybe, it’s God’s way of telling me… it’s not the right time for you yet to be in a commitment. I’ve lots of plans. I have lots of things that I want to create and there’s so much in the world to see. That’s my priority now. I just want to travel more, share more of my music, connect with people. That’s why I do these; that’s why I’m a touring musician.

What makes your shows special?

For me, every show is magical because you’ll never have that moment again. It’s very unique. We will never be in this same room again —with the same spontaneous interaction.

What’s the most unforgettable?

I was just talking about this in Singapore. First gig I had in Singapore, years ago, I played in front of a freezer of beers in a beerhouse. I begged for that gig. They didn’t know who I was. I told them that I played in the Philippines, and they gave me a chance. Fast forward to the other weekend, in a
nice big show in Singapore, and some of the people there were at the beerhouse gig. It was my fourth gig in Singapore and that came in full circle—basta the ones that I can talk and share my stories. I really like playing in small shows.

How do you take care of your voice and your hands?

Any plans of breaking through the mainstream music?

My music executive friends suggested that I collaborate with this pop artist. But I am content for now. But you know if the opportunity rises, I might. For now, I am happy with how the things are. I like to keep it on a personal level—I get to hang out with you after a gig. I’ve seen mainstream singers live; it’s so hectic. But if God wants me to go there, I am fine. That is my prayer every day: Lord, take me where I need to be. I just surrender to what His plan is. Even if I make a plan, it’s His plan that is going to be executed. He’s the boss.