Experts bet on tourism, ICT to propel CV growth in 2018 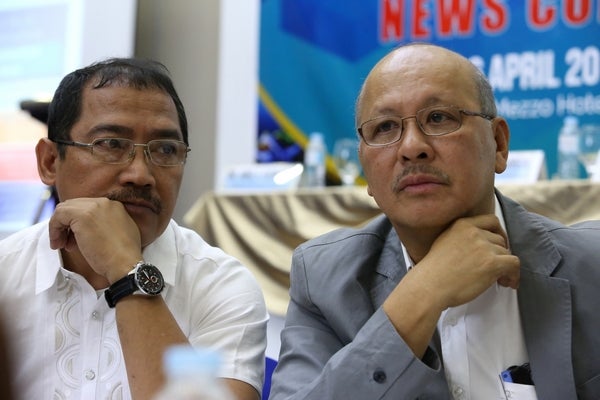 Although Central Visayas experienced a slower growth rate in its economy in 2017, the government’s economic experts are optimistic that the region’s economy will bounce back this year with its major economic drivers expected to continue to spur more growth for the region.

According to the Philippine Statistics Authority, Central Visayas’ Gross Regional Domestic Product (GRDP) growth rate decelerated to 5.1 percent in 2017(P551 billion) from a growth rate of 8.6 percent in 2016.

Despite this, the region’s economy is still the fourth largest GRDP in the country in 2017 next only to Central Luzon (P844 billion), Calabarzon (1.4 trillion), and National Capital Region (P3.1 trillion).

According to the PSA, the services sector, which is the the largest sector in the region contributed 56.3 percent of the region’s economy with a growth rate of 6.3 percent.

This is where the main economic drivers of the region’s economy are, which include tourism, information technology, trade, and real estate among others.

“If our growth drivers are growing, this means that we are still in a growth momentum, said Director Efren Carreon of the National Economic Development Authority in Central Visayas (Neda-7) during a press briefing of the 2017 economic performance of the region at the Mezzo Hotel on Thursday.

“Tourism and allied industries are expected to propel the growth of the regional economy in 2018. Hotel operators look forward to year-round high occupancy as tourist arrivals are expected to grow by 15 to 20 percent during the year,” Carreon said.

He cited the opening of the new Terminal 2 at the Mactan Cebu International Airport (MCIA), the new Bohol International Airport in Panglao by mid-2018 and the expected increase in tourist arrivals because of the six-month closure of Boracay as among the factors that could bring prospects for the industry.

The information technology-business process management (IT-BPM) industry would continue to contribute to the region’s economy.

He cited the expansion of IT-BPM companies in the rural areas as a positive indication of the continued growth of the industry in the region.

Carreon also attributed the region’s economic slowdown in 2017 to the lesser output of the construction and mining subsectors, which are under the industry sector.

From a growth rate of 38.3 percent in 2016, the economic growth for construction, declined to -0.9 percent.

Carreon said that complexities of the processes in securing permits and licenses contributed to the decline.

He added that another factor to look at is the possibility that the market for residential condominiums in Cebu is nearing the ceiling.

However, this factor, according to Carreon, may also be taken positively as the slow down of residential construction may imply that there is more demand for commercial spaces.

Carreon however is still positive that the construction sector will be able to bounce back in 2018 with the infrastructure projects of the government that are for implementation this year.

“The Duterte Administration’s policy to prioritize major infrastructure projects under its Build, Build Build program is expected to spur public sector investments in the region,” he said.

He was referring to big ticket projects which are in the pipeline or in the planning stage such as the third bridge linking Cebu City and Cordova, Cebu and the Metro Cebu Expressway.

The government’s economic experts are also banking on the sector which had the biggest growth in the region last year — Agriculture, Hunting, Forestry and Fishing (AHFF) — 7 percent, to also continue to grow and contribute to the region’s economy this year.

Carreon said that this growth may be attributed to the irrigation projects of the government.

He said that the absence of major calamities in the region in 2017 also contributed to the growth of the the Agriculture sector.