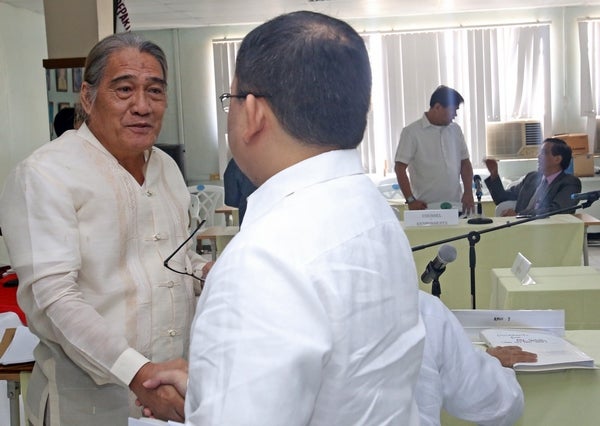 ARE the candidates for the barangay and Sangguniang Kabataan (SK) elections allowed to put up campaign materials such as posters and tarpaulins before the campaign period kicks off on May 4?

Pictures of Delute’s campaign materials plastered on walls were posted by Cebu City Mayor Tomas Osmeña on his official Facebook page last April 19.
Citing a ruling made by the Supreme Court (SC) in 2010, which rendered premature campaigning, which is found in Section 80 of the Omnibus Election Code, as lawful, Delute claimed that he could not be held liable.

The SC’s decision stemmed from a disqualification case filed by the Commission on Elections (Comelec) central office against then Santa Monica town mayor, Rosalinda Penera, for premature campaigning.

The SC ruled in favor of Penera, saying that a ‘person who files his certificate of candidacy is already considered as a candidate even before the start of the campaign period’.

He also forwarded the matter to the Office of the Ombudsman in the Visayas.

Gujilde told Cebu Daily News in a text message that she will only issue a statement after she responds to Delute’s letter.

Read Next
Disclosure of ‘narco-list tantamount to partisan politics