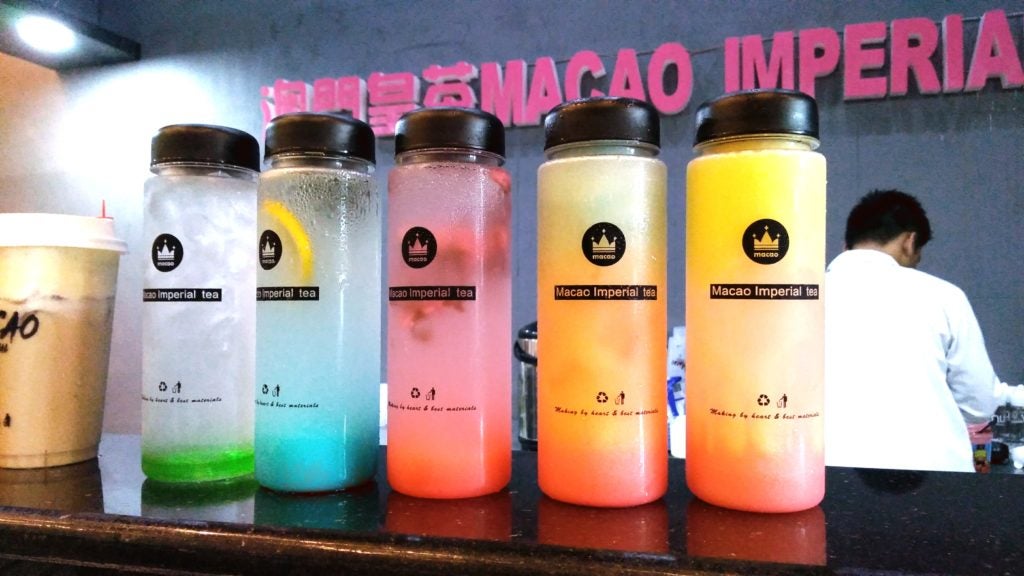 WITH 350 branches worldwide including 7 currently operating in Manila, Macao Imperial Tea has now set its royal place in Cebu having opened last March 31.

“We want to share the happiness, the good drinks, and good food; that’s why we are expanding to Cebu,” said Avin Ong, CEO of Fredley Food and Beverages Inc.

Macao Imperial Tea serves a variety of drinks that are unique in both its taste and look. With several series that include the Soda Series, Chestnut Series, Ghirardelli Chocolate Series, and the Coffee and Tea series. These are served either hot, iced or the ice blended “Mpress”. Among their best-selling series are the Cream Cheese Milk Tea series and the “For You and For Me” series a pair of drinks that comes in caramel macchiato (for me) and strawberry milkshake (for you).

Each drink from the Soda Series and the “For You and For Me” series comes with a tumbler. Reuse that tumbler on your next purchase and get P10 off your drink. This is in line with the café’s goal to encourage people to help save the environment.

Ong also expressed that they want the café to be a place for customers to spend however long they wish to by designing the café with multiple sockets for people to plug in their gadgets and by offering unlimited internet usage while enjoying great drinks and food as they also serve snacks, cakes, and pastries.

Read Next
Cebuano love on display at Gugma Gitara 2018