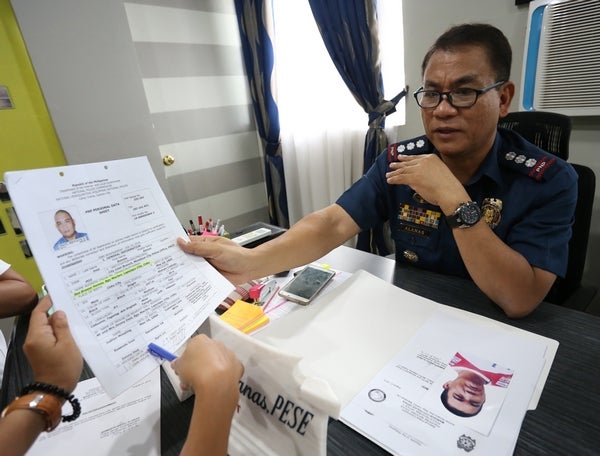 Of the close to 500 drug personalities apprehended by the Mandaue City Police Office (MCPO) since January this year, most of them were captured in police checkpoints spread at the Mandaue Reclamation Area (MRA).

MCPO Director, SSupt. Roberto Alanas said this is proof that the MRA is a vital transit point for illegal drugs.

He said that drug couriers and users from the northern cities and towns, get their supply from Cebu City, mostly from Pasil, then use the reclamation area in delivering their illicit goods.

He said that if only the police are allowed to search the bags, pockets and U-boxes of motorbikers, more drug couriers would have been apprehended.

He explained that the police can only conduct searches on suspicious looking individuals or motobikers who evade checkpoints as well as those who are seen throwing something to the ground.

He added that Police Stations 1 and 2 whose area of responsibility covers the reclamation area have the most apprehensions.

Alanas said that around half of those arrested were drug surrenderers while the other half were newly identified drug personalities.

He said that although they have checkpoints in other entry areas from Cebu City like Subangdaku, Banilad, Casuntingan and Canduman, most apprehensions happen in the reclamation area.

The MCPO currently has 420 drug personalities but Alanas expects this number to rise to 500 or more by the end of May.

He said appropriate charges have already been filed against the suspects.

Meanwhile, MCPO personnel have continued visiting houses of suspected drug personalities and encouraging them to participate in their community rehabilitation program.

Since January, they were able to arrest 21 drug users and four drug pushers.

So far, they have conducted a total of 252 drug operations, arrested 276 drug users and 52 drug peddlers and seized almost 400 grams of shabu, a few Marijuana sticks and 10 firearms with zero casualties.

Read Next
Tom to file more cases against brgy officials