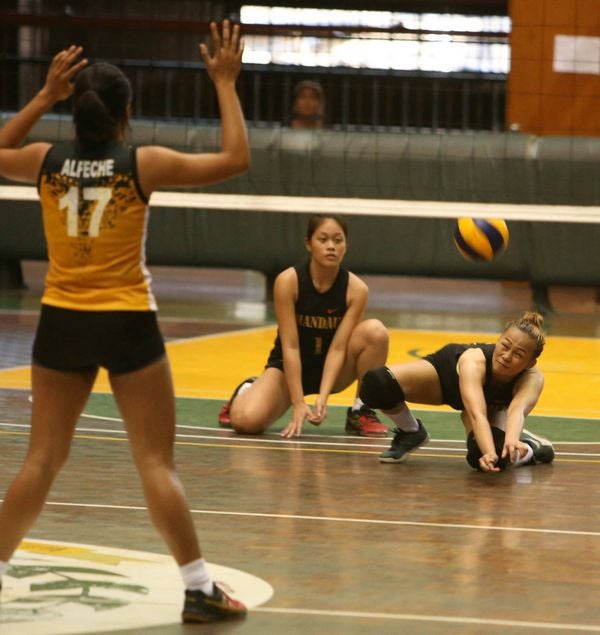 A volleybelle from Mandaue City dives to keep the ball alive in a game against the University of San Jose- Recoletos (USJ-R) in the Cebu City Mayor’s Cup Open Volleyball Tournament. CDN PHOTO/LITO TECSON

Despite the hectic schedule of its players, the Cebu Spikers Volleyball Club (CSVC) is still determined to put up a good fight in the semifinal round of the Women’s Division of the Cebu City Mayor’s Cup Open Volleyball Tournament, which starts Tuesday.

According to head coach Jordan Paca, CSVC was formed a year ago and is composed of alumni players from different schools, some of whom are already working.

“We cannot really focus on competition because the players have jobs to worry too,” said Paca, also the tournament director.
According to Paca, one of the challenges of the team is trying to be complete during practices.

“We have practices but not everyone can attend,” he added.

Despite the challenges, Paca said the team is still set on giving its best in this tournament. It’s doing good so far, going into the semis as the top seed.
But he knows things get tougher in the Final Four.

“Experience-wise, I can guarantee that we can give the other semifinalists a worthy fight. We will do our very best to win this tournament.”
CSVC is unbeaten in the elimination round with a 4-0 (win-loss) record. It won twice yesterday at the USC gym in Sanciangko Street, Cebu City.