Confessions of a hitman 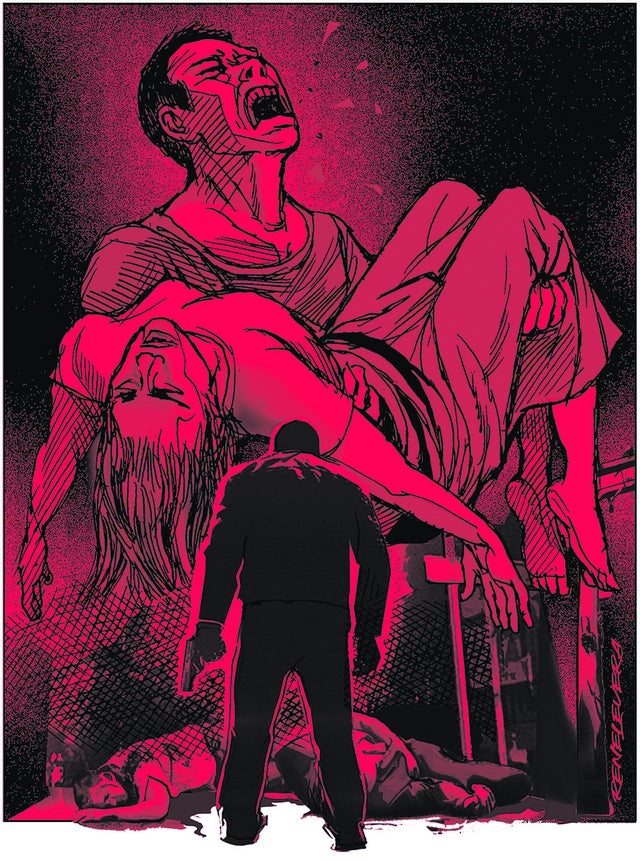 He was an avid fan of actor Robin Padilla, who was one of the country’s most popular action stars in the 1990s.

It was from years of watching his idol’s movies that Eric (name withheld) gained inspiration and courage to enlist in the Armed Forces of the Philippines in 2008.

“I was assigned in many areas. Think of them as war zones, in the Autonomous Region in Muslim Mindanao. I took an oath to protect life and serve my country,” he told Cebu Daily News in Visayan.

For one and a half years, Eric served as a soldier deployed in close combat. His superiors were impressed with his dedication and skills that he was assigned to the Intelligence Services Unit, four months before he left camp to visit his then fiancé, Hazel.

“It was my fiancé who told me not to go back to the army so I went AWOL (absence without leave) and never returned because I wanted to marry my fiancé and start a life with her,” he said.

Eric married the love of his life in 2010 in a simple gathering held in a resort located eight kilometers from his hometown, Ozamis City.

It was the happiest day of his life.

The couple then rented a bungalow where they vowed to embrace a simple lifestyle. Eric was looking for a job while his wife worked as a preschool teacher in a private institution.

“Her parents did not approve of our union because I came from a poor family. I was jobless when we got married. Despite the circumstances, we kept a positive outlook. We were happy,” said Eric.

Eric and Hazel planned to have children and eventually move to a larger house to raise their growing family.

Little did he know that in less than a year, their plans would go in vain as tragedy unfolded.

It was an event that transformed this once dedicated soldier into the hardened hitman that he is today.

On the night of February 10, 2011, Hazel asked permission from Eric to sleep at her parents’ house.

One of Hazel’s relatives was having a birthday celebration that night and she anticipated that it was going to end late.

Since she still had work the following day, Hazel decided to spend the night at her parents’ house as it was closer to the school where she worked.

The following morning, Hazel was in the car with her father when two armed men on board a motorcycle drove by and peppered the vehicle with bullets.

Hazel’s father was on his way to buy supplies for their convenience store and was supposed to drop off Hazel at work.

As Eric recalls, 12 shell casings from a .45 caliber pistol were recovered at the crime scene.

“A friend called me about what happened. I could not believe it. It was unreal. I was angry. I did not know if I should scream or go wild inside our house,” he recalled.

He then left the house to see his wife.

“I saw her inside the car covered in blood. I wanted to run to her and embrace her but the authorities blocked my way. I was not allowed to be near my wife because they were still processing evidence left at the crime scene,” he said.

In the minutes that followed, Eric just stood there crying and repeatedly uttered the question, “Why did you leave me?”

He later learned from relatives that his father-in-law had a land dispute case against a government employee and an active police officer, who were both residing in the neighboring town.

It was believed that the killing of his father-in-law was linked to the dispute.

His wife was simply in the line of fire.

“I went to the police station the next day to ask them for a situation update. They told me they had not identified the assailants,” he said.

Eric continued researching about the person who was behind the murder of his wife and father-in-law, while tracking down the suspects who were hired to kill his family members.

It was then that he decided to exact revenge.

“Truly an eye for an eye and a tooth for a tooth,” said Eric.

But he first waited for the seven-day wake and the subsequent burial of his wife and father-in-law to end before taking on his vengeance.

Eric waited three more days after the burial to carry out his plans.

“I was dead set to carry out my strategy of removing these people from the face of the earth. They did not deserve to live,” said Eric.

Eric did not elaborate how he carried out his plans but said that one night, he was able to track down the person who organized the murders and made sure that “the mastermind breathed his last.”

The following morning, Eric also carried out his plans and got even with one of the suspected gunmen.

“I did all those out of revenge and there was no other person they can blame. After a few days, I was arrested by the authorities. I did not fight as my parents, especially my mother, urged me to surrender,” he said.

When he was released on January 2015, Eric decided to follow a new “career path.”

He became a hired hitman in August 2015.

His clientele in Mindanao expanded and Eric soon became a notorious gunman.

Just last January 2018, he moved to Cebu to “cool off “ as the heat of his job was catching on.

Eric revealed to CDN that he was hired for 30 “contracts” which means that he shot and killed 30 persons.

“I made sure that the ones I am contracted to kill are really the bad ones. I thoroughly researched each and every one and validated the information given to me,” he said.

In the “gun-for-hire” business, Eric said, hitmen gain their reputation when contracts are successfully carried out without collateral casualties and without evidence left behind that authorities could trace.

When this happens, the hitman’s contract price goes up.

Negotiations are usually done by a third party and an upfront payment is required when one agrees to do the “job.” The balance is paid, in full, after successful completion of the contract.

“In Mindanao, you can buy a gun almost anywhere. In Cebu, you can buy it in Danao. But unlike Mindanao, the guns used in contracts here in Cebu are only borrowed weapons. The person who negotiates the contract usually provides the gun,” he added.

Eric said, over time, hired killers in Cebu have become personal acquaintances and even hold regular “get togethers” to bond and check on each other.

They also give food and money to the poor, he said.

On days when he does not have any “projects”, Eric said he likes to stroll and window-shop in a mall to relax and be free from stress.

At night, Eric prays and asks for forgiveness from the Lord for the kind of “job” that he does.

But he has no plans of leaving the “business” anytime soon.

“I cannot forgive the people who killed my wife and there are many bad people in this world who do not deserve to be here,” he said curtly, without a trace of remorse.

Read Next
Police arrest mother who uses daughter for cyberporn