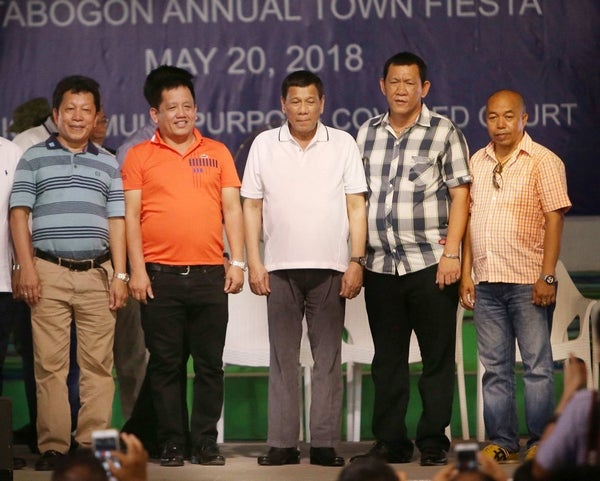 They stood beside each other at the Tabogon Sports Complex stage.

Zigfred was at least three inches taller and has a bigger build in comparison with the president, but the two shared similar facial features.

The Tabogon mayor is a newphew of the president.

His grandfather Ignacio is a first degree cousin of Duterte’s father Vicente.

“I invited our President because he’s our relative. This fiesta will also be a mini-family reunion for the Dutertes here in Tabogon,” Zigfred told reporters in a press briefing held ahead of the president’s visit. 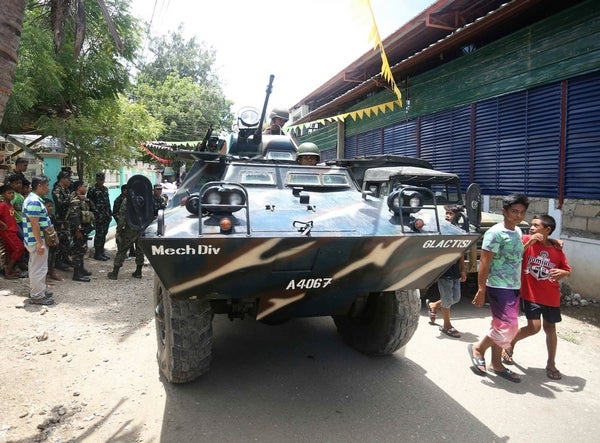 The more than 3,000 people who crowded the sports complex cheered and applauded the sight of the president and their mayor.

Duterte arrived in Tabogon town at around 3 p.m. He immediately proceeded to the sports center in Barangay Poblacion to greet northern Cebu officials led by Rep. Benhur Salimbagon of the 4th district of Cebu.

The president met and shook hands with around 20 other distant relatives before he went on stage to greet the crowd. He left on a chopper for Negros Occidental an hour later.

Zigfred said it was already his fourth time to meet with the president but it was the first time for Duterte to attend their town fiesta.

The Tabogon mayor first met Duterte at the Cebu provincial capitol in 2013 to personally receive a cash assistance from then Davao City mayor Duterte for Tabogon town which was then hit by a 7.2 magnitude earthquake.

While President Duterte traces his roots in Danao City in northern Cebu, he also has relatives Tabogon town in the northeastern part of the island and in San Fernando and Ginatilan in the south.

Zigfred, 47, is now serving his second term as Tabogon mayor. He was first elected mayor in 2013 after he served as town councilor for two terms starting in 2017.