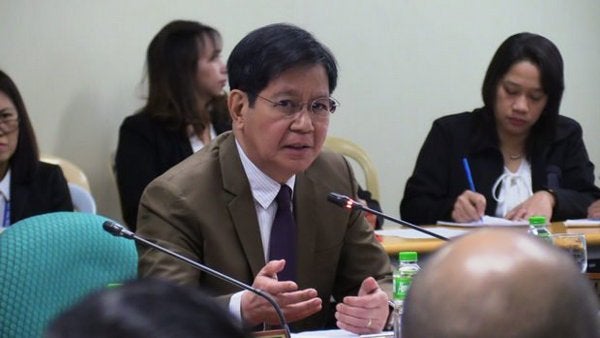 During the Senate inquiry into the alleged illegal withholding of SAF allowance, former SAF budget officer Senior Superintendent Andre Dizon admitted that the funds remained in his custody even after he was relieved from SAF.

SAF troopers who engage in life-threatening police operations are supposed to receive ASA amounting to P30 per day, which translates to P900 per month.

Former SAF officials, including Dizon and erstwhile SAF chief Director Benjamin Lusad, are facing charges before the Office of the Ombudsman for the alleged misuse of P59.8 million worth of allowances of SAF commandos.

In April, Dizon returned the P37 million, which he said represents the undisbursed allowances from 2016 to 2017.

But Lacson asked where did the P37 million come from after he was told that the SAF allowances were used for the organized messing of SAF troopers deployed at the National Bilibid Prison.

“It’s hard to believe that you kept in your custody such amount of money,” Lacson told Dizon in Filipino.

Dizon insisted that the decision to keep the money in his custody was his discretion because SAF apparently did not have a replacement for him yet.

Seeing a pattern, Lacson asked why the allowances for February to December 2016 were only released in lump sum in May 2018.

Dizon said that there was three to six months delay in the releasing of funds, citing internal PNP requirements and procedures being implemented by the Department of Budget and Management.