WHEN AUTISM WORKS: Making a difference 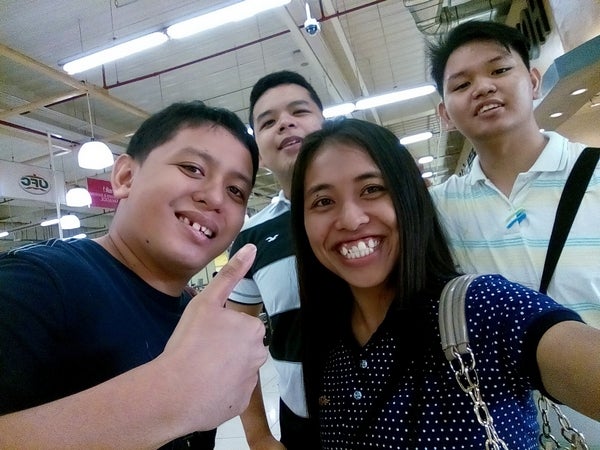 Eunicel “Teacher Zel” Escala is the coach of the Autism Works program in Cebu. She works with four boys (from left to right) namely Kerstian Menguito, Keino Hubahib, Van Lopez and Kalvin Roa (not in photo). CONTRIBUTED PHOTOS

Six years ago, as a young lass in Doong island Bantayan town, northern Cebu, Eunicel Escala, 23, dreamed of studying in Cebu City — 146 kilometers away from home — to become a teacher.

The third of nine children, belonging to a fisherman and a housewife, she then set out to become one.

Teacher Zel’s journey towards fulfilling her dream was not ordinary nor easy, enrolling at the state-run Cebu Normal University (CNU).
At 17 years old then, she did not know her major.

But a chance encounter on a jeepney with some blind and deaf passengers on board quickly changed all that.

Upon reaching the CNU campus on Osmeña Boulevard, she had become inspired to take the SPED (Special Education) track.

“I was amazed about their dynamics… how they can cross the street with just their sticks. I was inspired to pursue something that will have an impact on persons with disabilities,” she said.

In March 2016, she graduated with a degree in elementary education major in SPED. 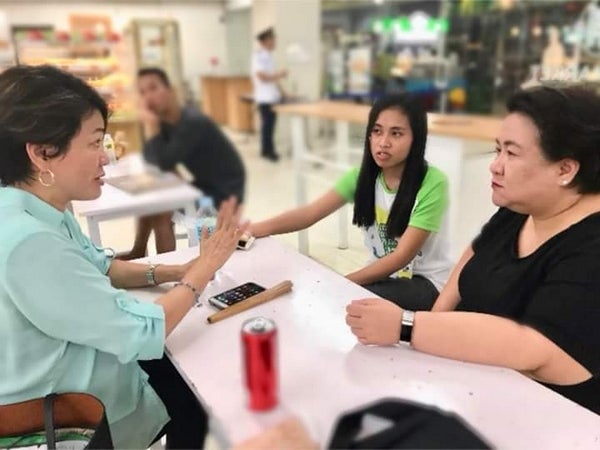 Today, Teacher Zel coaches a team of persons with autism (PWAs) who are employed in two SM markets in Mandaue City.

The boys, who are in their 20s, work four days a week and receive minimum wage as part of the AutiSM Works program which was launched in Cebu in July 2017.

Kalvin and Kerstian work from 8 a.m. to 12 noon at the SM Hypermarket in J Centre Mall, while Van and Keino work from 1 to 5 p.m. at the Savemore Market in Parkmall.

When the boys are on duty, Teacher Zel is in the supermarkets coaching them to stayfocused to be able to accomplish their tasks.

Having worked for a year before as home service teacher to children with special needs, Teacher Zel knew from the very start that her job in the AutiSM Works program will not be easy.

“The development of each person is different so I have to really work with each one of them so that we can work on strategies to accomplish their tasks,” she said.

The AutiSM Works program is a collaborative endeavor between SM Markets and Autism Society Philippines (ASP) for PWAs to be economically productive and to experience work in a supermarket setting.

To fully understand and carry out the responsibilities of supermarket workers such as promo merchandisers and baggers, Teacher Zel herself underwent a two-day training program.

“I had to learn what these supermarket employees do so I will also be able to train and coach the boys well,” she said.

“She is very passionate with her job. She is very patient. She really loves the boys and wants the boys to learn and do well,” said Roa whose son, Kalvin, along with Kerstian, were the first two boys to become part of the program in Cebu.

As part of her responsibilities, Teacher Zel writes weekly progress reports on each PWA.

But the task is not just routine work for her as she carefully and diligently records the boys’ progress as testaments of how dedication, commitment and team effort can help PWAs in their mainstream work environments.

In her reports, she notes not just the developments of each PWA but also the testimonials of their coworkers.

For Van and Keino who started work at Savemore Parkmall in March 2018, Teacher Zel describes Van, 23, as a master bagger because he exhibits excellent skills in learning the intricacies of packing items in boxes and securing them with straws.

Twenty-year old Keino, on the other hand, is described as helpful to babies and children. He also enjoys bagging, retrieving push carts, pricing and reweighing fruits and vegetables.

Teacher Zel said Keino initially carried out only one task at a time.

She recalled that when a customer approached and asked Keino questions while arranging items on the shelf, he would be so focused on the task that he would ignore the customer.

This was common among persons with autism.

But after two weeks of coaching, Keino is now able to carry out multiple tasks, reported Teacher Zel.

“The goal is for them to multi-task so they can answer the questions of the customers while they are doing another task,” she said.

Teacher Zel worked with Kerstian for one month to help him become more efficient in bagging groceries.

Kerstian, along with Kalvin, were assigned in Savemore Parkmall from July to October 2017 and then to SM Hypermarket in J Centre Mall last April.

Teacher Zel said the presence of PWAs in areas with high foot traffic such as supermarkets was a step towards raising public awareness that PWAs can be productive members of society.

“My job involves educating cashiers, security guards, managers and shoppers that persons with autism can be efficient and effective in their tasks,” she said.

She lamented that there had been instances when people would be insensitive about their comments, such as labeling PWAs as “mentally retarded.”

But for Teacher Zel, these situations are actual opportunities to educate people about autism.

“This is a challenging job but I am happy in doing what I do. I am fully committed to help the boys and to spread the awareness about autism,” she said.

Read Next
Murder case filed against suspect in nurse’s slay