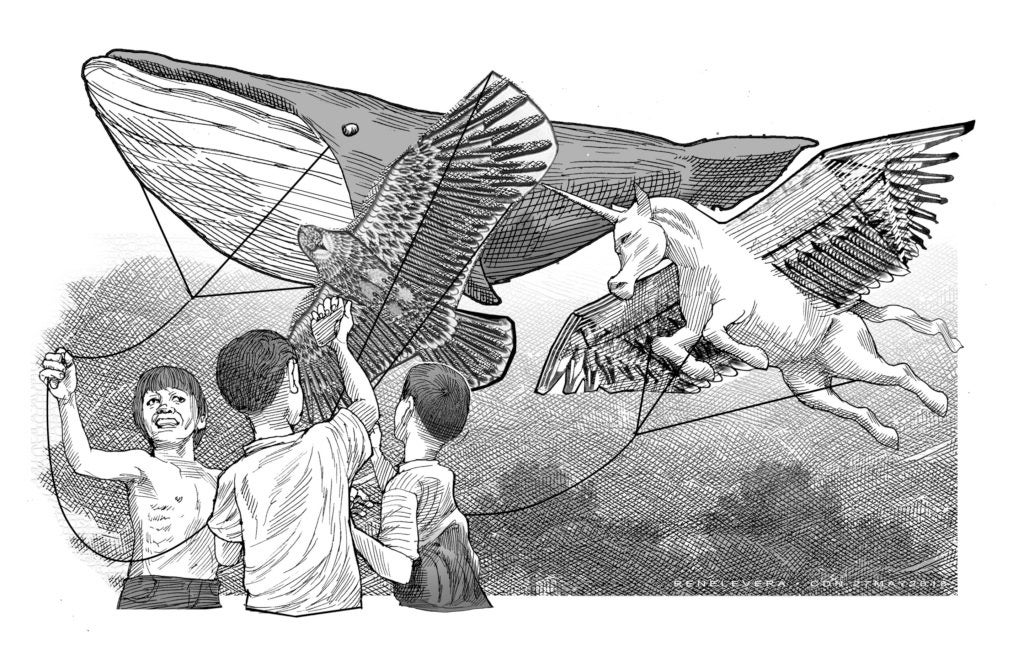 Traveling through the countryside affords the wife and me sights that draw us back to childhood. Lately, when our car crawled up a hill and unveiled a generous view of the sky, we spotted three kites. They had reached such a height that we could no longer tell their color or shape.

Kites now come in many fancy shapes. The kite maker has an abundant imagination, which yields such designs as eagles, whales and unicorns, and even the Empire State building. But in my childhood, kites had simpler forms. We mostly went for the triangular, being the most flight-efficient.

For which reason, each time I see kites, I think of the Blessed Trinity and break into praise, using the doxology that my Christian upbringing and training have made all but instinctive — “Glory to the Father and to the Son and to the Holy Spirit.”

Jesus expressly revealed the Blessed Trinity to the disciples before his Ascension into heaven. Matthew writes that Jesus told the disciples to go to a mountain in Galilee, and when they had gathered there he declared: “All power in heaven and on earth has been given to me. Go, therefore, and make disciples of all nations, baptizing them in the name of the Father, and of the Son, and of the holy Spirit, teaching them to observe all that I have commanded you. And behold, I am with you always, until the end of the age.”

In the name of the Father, and of the Son and of the Holy Spirit, not in the names of. The Catechism calls this the mystery of the Most Holy Trinity (one God, three divine persons), which it proclaims the central mystery of Christian faith and life, the mystery of God in himself.

Somehow or other, I recall John Donne’s poem about the Blessed Trinity, entitled, “Batter My Heart, Three-Person’d God,” in which he considers himself a captive town, and his heart, the town gate, which he asks the “Three-Person’d God,” the Blessed Trinity, to break down in order to repair. In this poem, Donne makes use of paradox, praying of the Triune God — to overthrow him so he would rise; to break, blow and burn him to make him new. As to Reason, God’s agent, he could not help, being himself a prisoner. Because the poet (the speaker) has been betrothed to the enemy, he asks the Triune God to break the betrothal. He maintains that he would not be free unless God imprisoned him, and he would not be chaste unless God ravished him.

Except you enthrall me, never shall be free, Nor ever chaste, except you ravish me.

I read an anecdote somewhere about a boy flying his kite, who took advantage of a good wind and continuously paid out the line until the kite had all but disappeared in the sky. A passerby, looking up and at a loss to see the kite, asked him how he knew that it was still there, and the boy replied, “Because I could feel it.”

Just like God. Or love, whose presence we cannot see but can certainly feel.