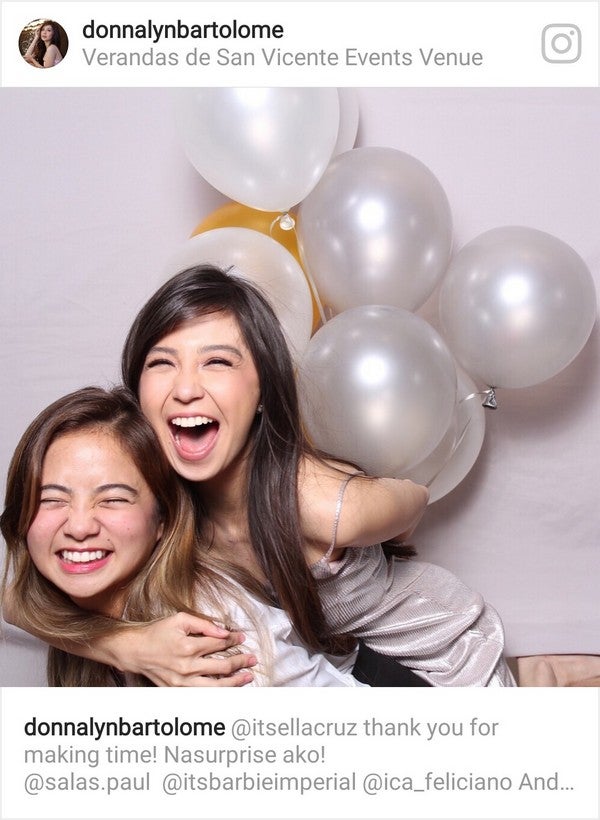 FOR the first time, online sensation and Viva artist Donnalyn Bartolome will topbill a suspense-thriller with actress/dancer Ella Cruz.

The official trailer of the film, “Cry No Fear” was released by Viva Entertainment via YouTube.

Based on the trailer’s description, Bartolome and Cruz play Kaycee and Wendy, respectively. They are half-sisters who hate each other.

Kaycee says she hates Wendy because her father cheated on her mother.

When Kaycee’s mother died, Wendy stayed with Kaycee and their father in one house.

The trailer gives the audience a peek into the relationship of Kaycee and Wendy, who are seen cursing each other.

One stormy night, both are left at home. Strangers arrive, asking for food and medicine but Kaycee refuses to help and instead threatens them that they will be bitten by her dog.

The later part of the trailer shows the strangers trying to kill the half-sisters who have no choice but to escape together.

There is also a scene showing Kaycee and Wendy jumping from their terrace to the pool and another scene showing them running for their lives under the rain.

Directed by Richard Somes, “Cry No Fear” will open in Philippine cinemas on June 20.