Despite long break, Cataraja ready to show off in hometown 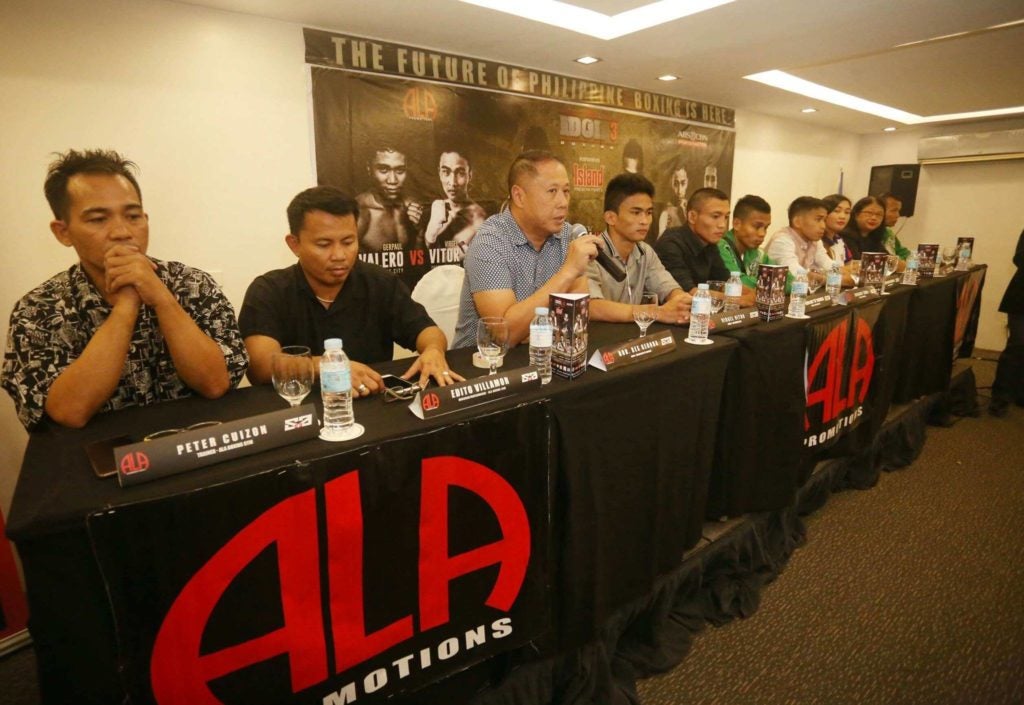 KEVIN Jake “Kj” Cataraja is eager to entertain his hometown folks in Tabuelan town, northwestern Cebu, when he fights Frengky Rohi of Indonesia in the main event of the IDOL 3 Boxing Series of ALA Promotions International at the Tabuelan Astrodome on Saturday evening.

The 23-year-old unbeaten prospect of ALA Boxing Gym is aiming to stage an impressive win to boost his chances to fight in the undercard of the all-Filipino world title showdown between three-division world champion Donnie “Ahas” Nietes and Aston “Mighty” Palicte in August.

Cataraja, who is a criminology graduate at the University of the Visayas (UV), has not stepped inside the ring since last September 16, 2017, where he fought and won against Wiljan Ugbaniel of General Santos City at the Waterfront Cebu City Hotel and Casino.

“I had a ten-month layoff, but I still trained and I even served as a sparring partner with Donnie (Nietes) and Jonas (Sultan), so I’m confident that I will perform my best during the fight,” said Cataraja in a presser yesterday at the Saint Mark Hotel.

“I am excited also to fight in front of my hometown folks, especially my family, who will be watching me fight for the first time.”

TAGS: break, Cataraja, despite, hometown, in, long, OFF, Ready, show, to