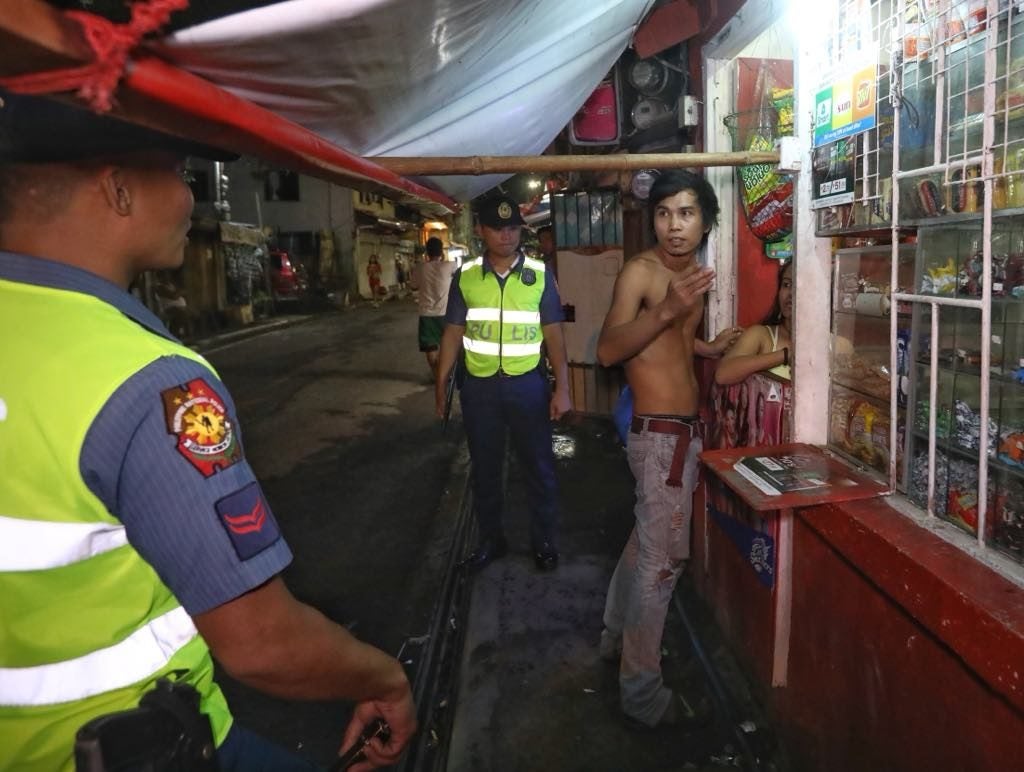 Mabolo policeman call the attention of a Barangay Luz resident against loitering shirtless as part of the government’s ‘anti-tambay’ drive. /CDN file photo

Senator Antonio Trillanes IV has sought for an investigation into the controversial crackdown of “tambays” or loiterers carried out by the Philippine National Police (PNP).

Trillanes filed on Thursday Senate Resolution No. 775, which noted that “the seeming arbitrary arrest of ‘tambays’ is rife with possible human rights violations as it constitutes warrantless arrest similar to that during martial law.”

In the same resolution, Trillanes asserted that the campaign “poses a grave threat to human rights of Filipinos and violates due process of law.”

He also said that the so-called anti-tambay drive runs counter to the objectives of a policy aimed at making streets safer “as it only promotes a culture of fear and injustice, especially among the poor, who has been continually targeted by this ‘anti-tambay’ crackdown.”

Trillanes wants the Senate committee on public order and dangerous drugs to look into the issue, even noting that the administration’s campaign against loiterers had already resulted in the death of a detainee – Genesis “Tisoy” Argoncillo, 22.

Agoncillo was arrested last June 15 due to alarm and scandal, according to police. Four days later, however, Argoncillo’s family found him dead in a hospital “bearing several marks of beating.”

At the lower House, the Makabayan bloc had filed two resolutions seeking investigation into Argoncillo’s death as well as the “illegal arrest” of over 7,000 loiterers.