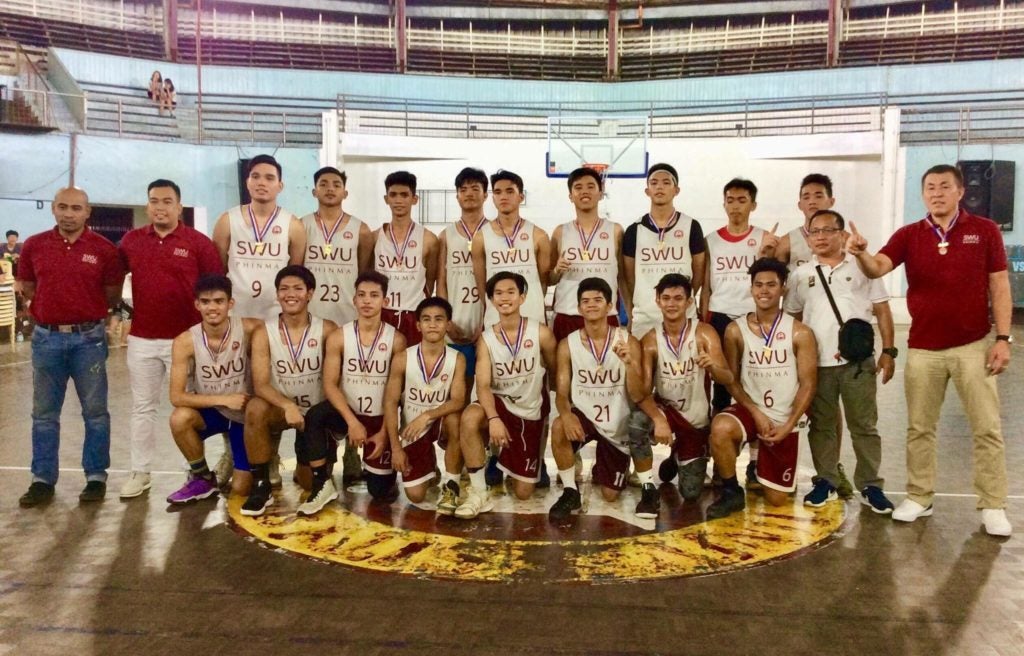 THE SOUTHWESTERN University (SWU)-Phinma Baby Cobras are gaining steam in their build-up for the upcoming Cesafi juniors wars as they captured the Under-18 title of the Cebu Youth Basketball League Summer League with a 50-40 victory over Punta Princesa / Alas Brokerage in the finals last Wednesday at the Aznar Coliseum.

The Baby Cobras held out of participating in the recently concluded Cesafi Partner’s Cup as they were still rebuilding the team after the departure of several key players, including last year’s top gun, Patrick Montano.

Now it appears that the Baby Cobras of newly installed head coach Jerry Abuyabor are ready to strike as they led from opening tip until the final buzzer to bag the crown.

Abuyabor, the Region 8 Director of the SBP and a former assistant with local powerhouse Sacred Heart School-Ateneo de Cebu, lauded his wards for their efforts these past months but added that there’s more work to be done.

“It’s like a mixed bag of emotions because I’m happy that the team was able to play well but at the same time, we’re all still trying to make adjustments since the team was only completed in May,” said Abuyabor.

“I just don’t want them to get complacent especially after winning this championship. We still have a long way to go. I always remind them to stay humble in victory and gracious in defeat,” he added.

This title in SWU-Phinma’s second in a row after winning Pinoy Youth Dreamers Under 18 championship earlier in the year.

Read Next
Cebuano Pogoy, nine other Gilas in ‘basketbrawl’ suspended