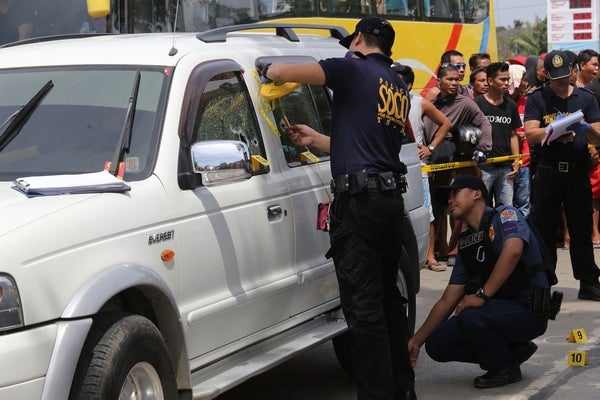 With suspects in the killing of Art Stephen Bas remain unidentified, members of the Bas family have expressed fear for their security.

Family members have asked for police security during Stephen’s burial on Sunday (July 29).

Supt. Marlu Conag, Talisay City Police Chief, said they are having difficulty in identifying the suspects since the closed-circuit television (CCTV) footage showed that they had their faces covered during the attack on Bas.

Conag is asking those who witnessed the crime to surface.