Anne Curtis: Women, newly-married couples should not be pressured about having a baby 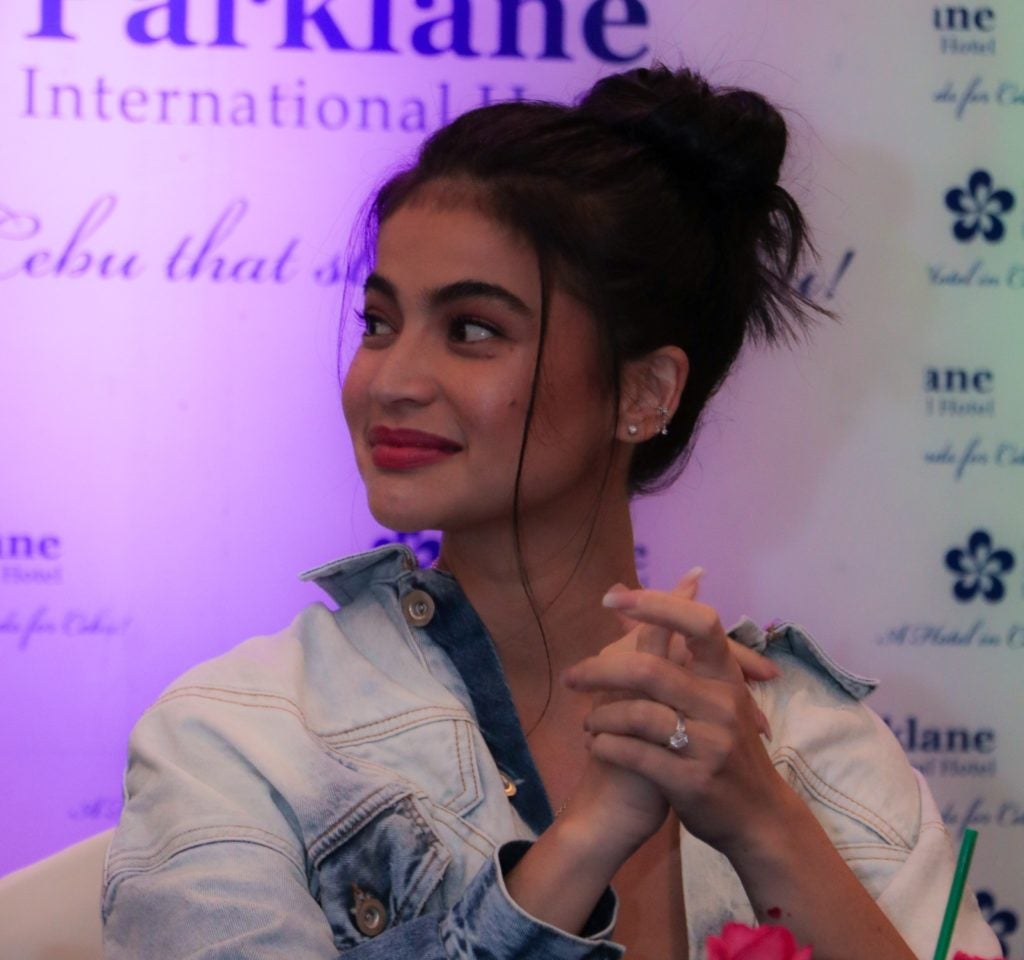 ANNE Curtis and Erwan Heussaff have been married for eight months already but the couple has yet to go on a honeymoon.

The 33-year-old actress revealed this during a press conference with Cebu’s Entertainment Group last weekend before the Cebu red carpet premiere of her action film, ”BuyBust.”

”So after ‘BuyBust’ may time na akong mag honeymoon. So, we are doing that this year,” she told reporters.

The actress also shared that she gets asked a lot about when she’s going to have a baby.

”You know, if it happens it happens. It is not something that should be pressured upon women or couples,” she said.

She stressed that it is a personal question.

”Because who knows? What if they are trying but they are having a trouble,” she said.

She said it people should be more sensitive about the topic.

”I find it weird when people keep on asking me because … parang what do you want me to answer when they say ‘Are you going to try?’ ‘Yeah, later,’ ” she said.

Curtis and Heussaff married in November 2017 in New Zealand after seven years of dating.

After the wedding, Curtis buckled down to work on three films: last month’s blockbuster hit, ”Sid and Aya: Not A Love Story,” which co-starred Dingdong Dantes; the Erik Matti action film,”BuyBust;” and the horror movie ”Aurora,” an entry to this year’s Metro Manila Film Festival.

By: Christian Orellano
read more
TAGS: about, Anne Curtis, baby, couples, Having, newly-married, not, pressured, should, women
Latest Stories
Megan and Mikael, getting stronger with every laugh
Set Forth Philippines: An NGO’s story that began over quarantine
Celebrate Christmas in the Heart of the City at Diamond Suites and Residences
Marian Rivera part of Miss Universe 2021 judging panel?
MoonXBT is a crypto trading community where communication is important
Most Read
Lapu ranks first among CV LGUs with highest percentage of vaccinated individuals
Foul smell leads 2 kids to ‘beheaded man’ buried in sugarcane plantation in Cebu town
Darren Espanto wows with beach body in Cebu
Cebu City’s new curfew starts from 12 midnight to 3am for adults and 10pm to 4am for minors
LTO-7 starts issuing driver’s license with 10-year validity