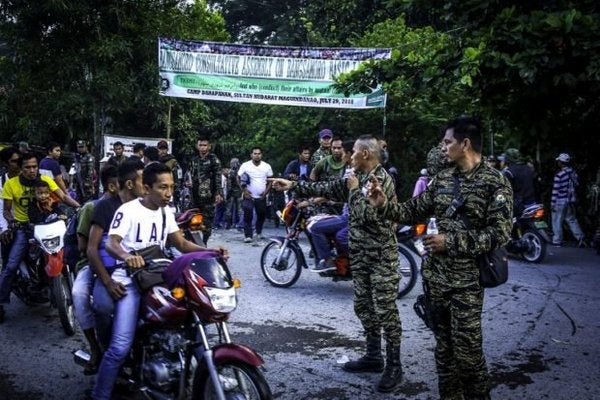 SULTAN KUDARAT, Philippines — Members or supporters of the Philippines’ largest Muslim rebel group gathered in their tens of thousands on Sunday to discuss a landmark law granting them autonomy, with one expressing hope it would make their “dream of peace” a reality.

President Rodrigo Duterte last week signed the Bangsamoro Organic Law (BOL), a key step to ending a Muslim rebellion in the south of the mainly Catholic Philippines that had claimed about 150,000 lives since the 1970s.

Their leaders are seeking support for the BOL ahead of a referendum on the measure, which creates an expanded autonomous region and is aimed at ending one of Asia’s longest and deadliest conflicts.

Muslim rebels have long been battling for independence or autonomy in Mindanao, which they regard as their ancestral homeland.

Under the BOL, a new political entity known as the Bangsamoro Autonomous Region would replace the current autonomous region created following a 1996 deal with another rebel group, the Moro National Liberation Front.

The Bangsamoro is set to have more powers and cover a bigger area.

Read Next
Round up the killers