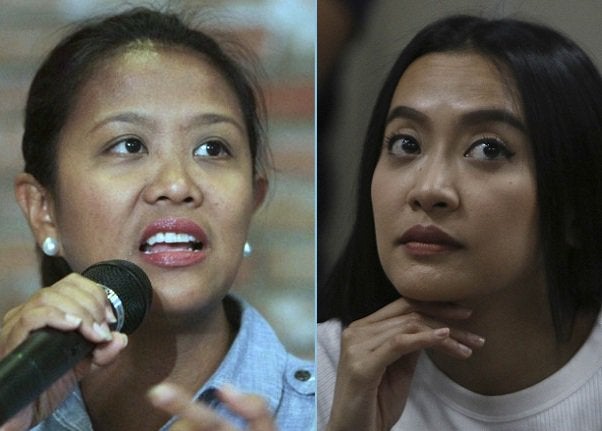 How would Communications Assistant Secretary Mocha Uson explain to the people the proposed federal form of government?

On Wednesday, Binay said she would recommend to Senator Francis “Kiko” Pangilinan, chair of the Senate committee on constitutional amendments, to invite Uson to the next hearing on Charter change proposals.“In light of the plan of DILG and the Consultative Committee to have Asec Mocha Uson as the lead evangelist of the Federalism Caravan, siguro mas maganda kung mai-invite ni Sen. Kiko si Asec Mocha as one of the resource persons sa kanyang committee para mag-present sa Senado,” the senator said in a statement.

DILG is the Department of the Interior and Local Government while the Consultative Committee (Con-com) is the body that produced the proposed federal constitution.

“Being the designated messenger, we also wanted to hear how she would articulate or interpret the salient points of the proposed federal charter and explain to the people how a shift in the form of government could move the country forward. Dagdag na rin ang kanyang iba pang concept or idea sa information campaign using social media,” Binay said.

“How the messenger relays the message is important. Clarity and knowledge about the subject are equally important elements. It is also a matter of providing the people of options, or an informed choice for them to genuinely know what’s good and bad about changing the form of government,” she added.

Binay said it would be best if Uson could present to the Senate the content of her campaign on federalism and the plan to change the 1987 Constitution.

Besides, the senator added, Uson would be using part of the P90-million earmarked by the DILG and Con-com for the information campaign to educate the public about federalism.