Another masterpiece by Cobonpue 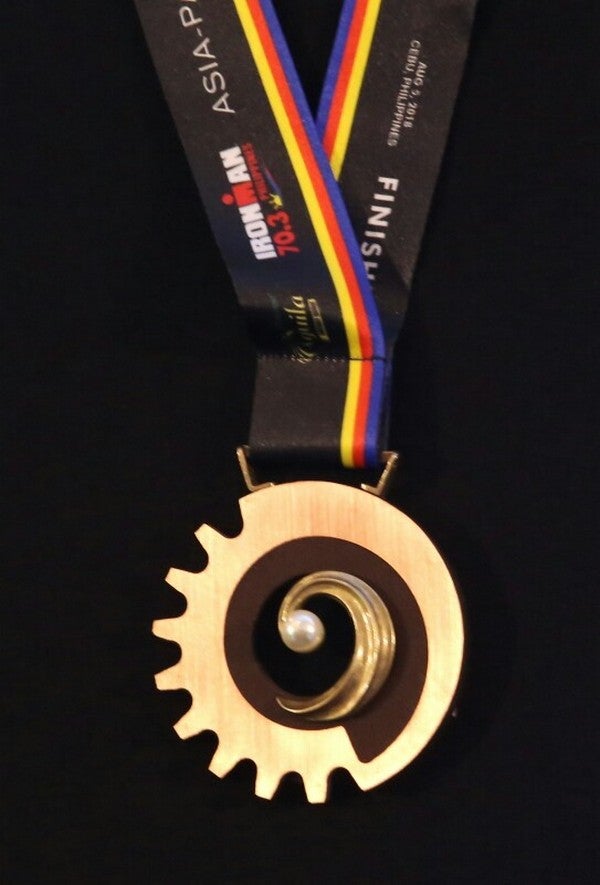 THE “Perlas ng Silanganan” (Crown Jewel of Asia), the name of the medal that will be given to the finishers of this Sunday’s Regent Aguila Ironman 70.3 Asia Pacific Championships was unveiled during the Meet the Pros press conference Friday afternoon at The Marquee of Shangri-La’s Mactan Resort and Spa in Lapu-Lapu City.

The medal is designed anew by world-renowned designer Kenneth Cobonpue, who has been designing the medals for the Ironman since Cebu started hosting the event in 2012.

The “Perlas ng Silanganan” is made of brass metal that has three outer rings that represents each event of the race with a piece of pearl encrusted at the center.

“We used very special brass metals that symbolize the three different phases of the race, it is a cast metal piece symbolizing waves, the road and the bike gear and at the center is the pearl, which is the Philippines,” said Cobonpue during the unveiling yesterday. “We chose pearl as the centerpiece of this medal design because it has to undergo a revolutionary process to become perfect and brilliant and this is also to symbolize the Philippines which endured trials and tribulations over a hundred years.”

Cobonpue collaborated with his apprentice, University of the Philippines graduate Lillianna Manahan in designing this year’s finishers’ medal.

This medal is the third and final design of the three medal series dubbed as the “Kislap Ng Watawat” (The Splendor of the Flag), which highlights Sunrise Events Inc.’s 10th anniversary in staging Ironman races in the Philippines.