Campugan family a step closer to the crown 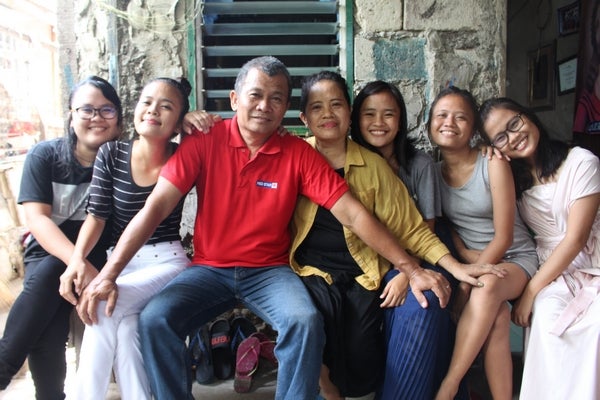 The Campugan family of Cordova town is now one step closer from being recognized this year’s Huwarang Pantawid Pamilya national winner.

This as the family, which is the Central Visayas entry for the 2018 National Search for Huwarang Pantawid Pamilya, has been shortlisted as part of the top 5 finalists for the competition after the desk validation last Friday, August 24.

The Campugans were first featured in Cebu Daily News early this month after they won as the regional winner of the search for Huwarang Pantawid Pamilya.

The Campugan couple, Clodualdo and Ofelia, and their children have been the beneficiaries of the Pantawid Pamilyang Pilipino Program (4Ps) since 2012.

They are among the more than 2,000 families in Cordova who are under the government’s 4Ps that aim to assist the marginalized family and ensure to keep their children in school.

Of the Campugan’s six children, three have already earned their degrees from state universities.

The three younger children are still in school — one is in her senior year in college and is taking up BS Education while the other two are in Senior and Junior High School.

Kerwin Macopia, Information Officer of the Department of Social Welfare and Development in Central Visayas (DSWD-7), said each of the finalists will be subjected to site validation by the national screening committee.

“The five families that got the highest rating will be the finalists for the national search. For the field validation, the judges will interview the family and the community like neighbors, LGU (local government unit) officials and teachers,” said Macopia.

The field validation, according to Macopia, will verify the information included in the documentation packages of the entries and will be the basis for the scoring of the national winner.

“I believe their scores will be back to zero. After the field validation, the judges will give scores to the top 5 families and rank them to determine who will be this year’s grand winner and runners-up,” Macopia said.

The field validation will be conducted next month as the awarding of the winners will be on the last week of September in line with the National Family Week.