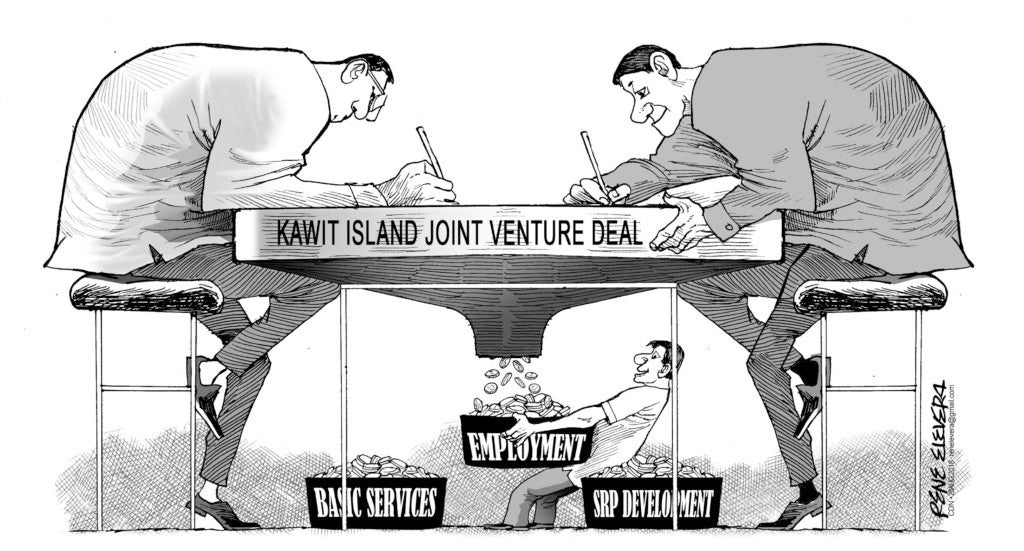 With the signing of the Kawit Island joint venture deal between the Cebu City government and Universal Hotels and Resorts Inc. (UHRI), there is little chance that the opposition bloc can stop the project other than a court order.

Then there is also a legal opinion from the Department of Interior and Local Government (DILG) that would declare the City Council session which facilitated the approval of the joint venture deal as illegal.

By the time a court order and a DILG legal opinion is/are issued, the groundbreaking would have been held sometime next month, supposedly in keeping with the Chinese feng shui belief that August is a “ghost month” and thus not conducive to business dealings.

Do the PDP-Laban Barug Team Rama bloc have the legal and political clout to secure these twin legal remedies so to speak? And if they do, how would public opinion i.e. the sentiments of Cebu City residents, which carries much weight in policy making especially with the filing of candidacies just around the corner, react to a deferment/suspension of a big ticket project?

That’s something which the political opposition may be hard pressed to justify to their constituents, a substantial number of whom may view this suspension as yet another example of political obstructionism.

Somehow they would have to build their case that the venture, described by the administration as being able to generate employment and revenue that would fund the city’s scholarship program and other social services, is ultimately a losing proposition and disadvantageous to city residents in the long-term.

In doing so, they would have to argue that their proposal for a fixed lease payment is more advantageous than a 90-10 sharing scheme in favor of the developer who will invest the facilities and other infrastructure such as a resort, hotel and a casino.

In a related development, the opposition would also have to convince the public that there would be other investors the city government can court that can compete with or may be even propose a better project other than the companies who landed in the administration’s bad side.

Of course, it would be pointed out that the local administration’s rush to sign the venture deal can be linked to raising capital, both political and otherwise, in next years elections but it would be hard to argue against the promised economic and employment opportunities that can come from this joint venture.

In the meantime, even if the first layer of concrete is poured into the foundation, a court order or DILG legal opinion can cause the venture to come to a standstill and with it, development plans for the South Road Properties (SRP) which had become unfortunately a political battleground of sorts between opposing political forces.

Read Next
A role model for the youth