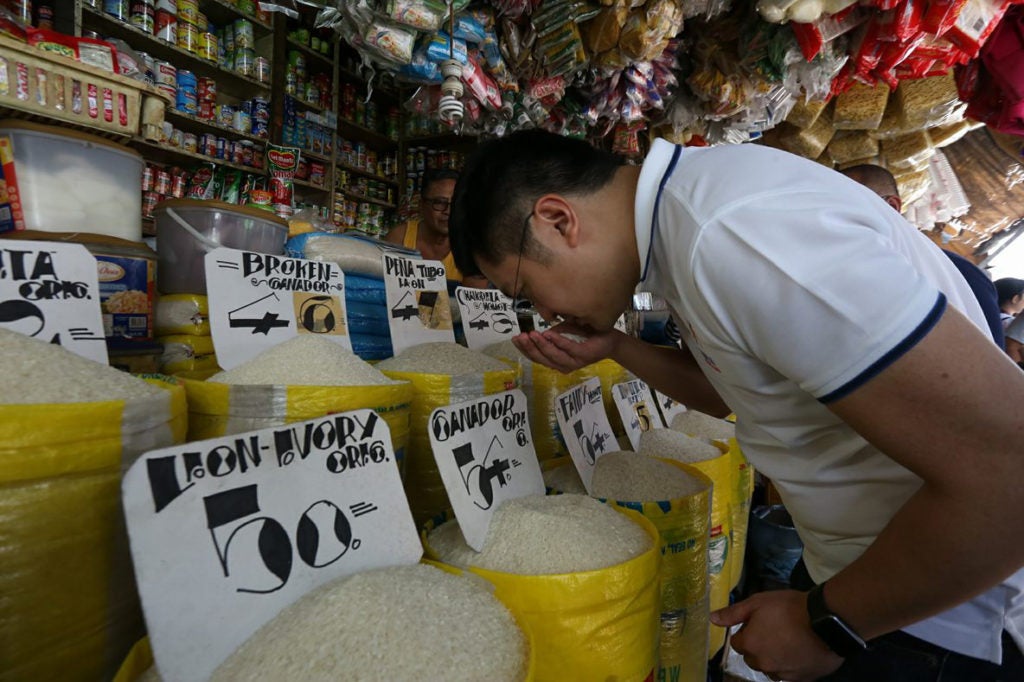 Having more irrigation projects would mean a step closer to having rice sufficiency in the country.

But the 2019 budget of P36.9 million proposed for the implementation of national irrigation programs may not suffice to address the needs of the farmlands in the country, said Davao City First District Representative Karlo Nograles.

Nograles said on Thursday that while they see the implementation of irrigation projects as the key to food security, they continue to find means to restore the about P4 billion cut from the proposed 2019 National Irrigation Administration (NIA) allocation.

The 2019 budget proposed for national irrigation was pegged at only P36.9 billion or around P4 billion less than this year’s budget of 40.8 billion.

Nograles visited the Carbon Public Market in Cebu City on Thursday morning to inspect the quality and supply of commercial rice in the area.

After going around the market’s rice section, Nograles said that there was no problem with Cebu’s rice supply.

He said the National Food Authority in Central Visayas (NFA-7) has been able to comply with the 100 sacks per week allocation for rice retailers.

With the availability of NFA rice, Nograles said that the prices of rice in Cebu have remained “stable” in comparison with that of Mindanao where a rice shortage is now experienced by its residents.

Nograles blamed the NFA administration for not injecting enough supplies of rice in the market which resulted to the skyrocketing of the prices of commercial rice in Zamboanga and Cagayan de Oro.