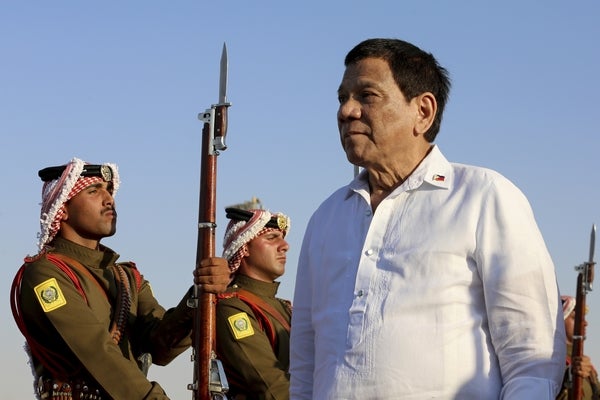 Meanwhile, a Palace official said yesterday that Jordan has donated two Cobra attack helicopters to the Philippines and both are expected to arrive in the country by July 2019, after months-long training of Filipino pilots.

Special Assistant to the President Christopher “Bong” Go said the donation was announced during the bilateral meeting of President Rodrigo Duterte and Jordanian King Abdullah II.

Go said Filipino pilots would need to undergo training for nine months before Jordan turns over the helicopters to the Philippines.