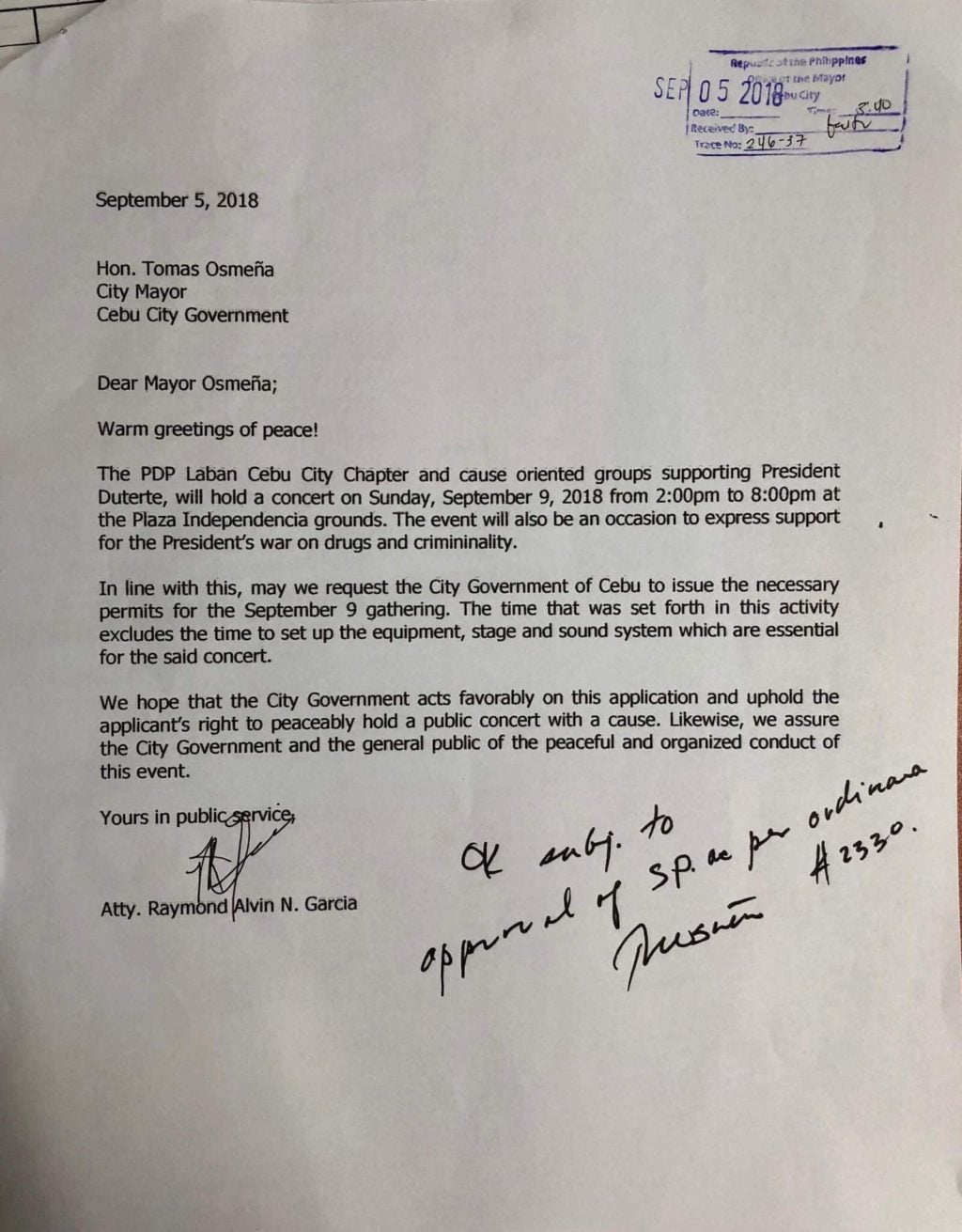 Cebu City Mayor Tomas Osmeña approved the request of the opposition bloc to hold a concert on Sunday (September 9) to express support of the administration’s war on drugs at the Plaza Independencia in Cebu City.

But the mayor, in a Facebook post, slammed PDP-Laban Barug Team Rama’s decision to organize a concert.

“Team Suyop (Team Rama), even if you obviously picked the same date as our Thanksgiving Mass for a reason and your letter is in contradiction to your statements to the media, I have absolutely no problem with you holding your own event to defend the police. You have every right to show the Cebuanos that you encourage the killers of a four-year-old boy that you support them no matter what. Good luck to your event!” Osmeña stated in his post.

September 9 is a special non-working public holiday in Cebu City and the Province of Cebu in celebration of the Osmeña Day to commemorate the birthday of the mayor’s grandfather, former President Sergio Osmeña Sr.