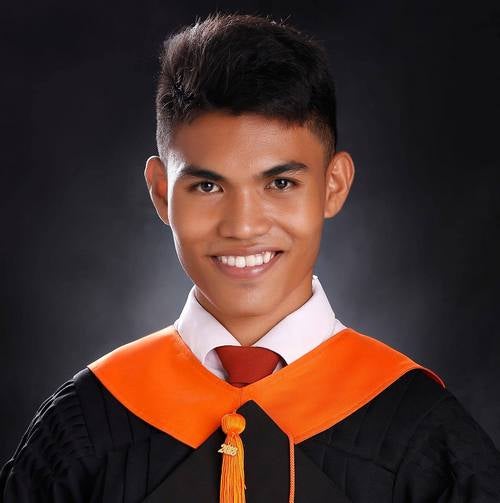 ASCHOLAR. A son. A bread-winner.

Mark Rene Trapila played these roles all at the same time, at least for the last two years.

He juggled studying Electrical Engineering, helping his mother take care of his younger siblings, and working to support himself and his family.

(Since my father died, I go home to Oslob every Saturday to work just to have money for my allowance and to give something to my mother. My mother does not have a job because my youngest sibling is still small.)

His hardwork has paid off after the Professional Regulation Commission (PRC) announced on Thursday evening (September 6) that Trapila landed in the top 10 of the September 2018 licensure examination for the Registered Electrical Engineering (REE).

He placed ninth with a rating of 90.05 percent.

(I was shocked because I did not expect to top it. The exam was really difficult.)

Trapila’s father, who used to work in a resort in Oslob town, died almost two years ago leaving Trapila, his mother and his seven younger siblings.

Topping the board exam is more than just an honor for Trapila but an opportunity to give his family a better life.

(My motivation is really my family especially that we don’t have our father with us anymore. I’m the eldest so I really have to work hard.)

Trapila’s success however, did not come as a surprise to his mentors in CTU.

(We are happy that he was in the top 10 but that was already expected because he is really an intelligent student.)

Andolero said Trapila, as a student, had an exemplary record despite having to work while studying.

Trapila was a scholar of the Department of Science and Technology (DOST) during his college and attended Sisters of Mary School Boystown during his high school.

Andolero said Trapila will be receiving a P40,000 reward from the university for his achievement in the board exam.

Read Next
Margot: So what if we met with GMA