A tour of tastes 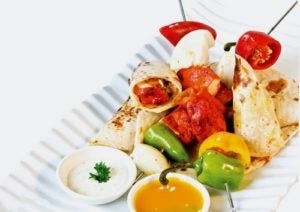 DO YOU want to take your palate on a continental excursion?

Thankfully, you don’t have to book a plane ticket and pack your bags to satisfy your cravings.

A buffet of carefully curated dishes will transport you to the bustling street food strips of Asia or al fresco restos around the Mediterranean Sea.

Harolds Hotel’s HCafe brings the gastronomic experience right at the heart of Cebu City with its Themed Nights.

Every day of the week, diners are treated to a different international cuisine with a local twist.

On Mondays, “The Chow Dynasty” will serve a variety of Asian dishes ranging from the Bhindi Pakora with Mango Chutney and Raita, Classic Wonton Soup, Peppered Beef with Bok Choy, Char Siu Pork, a Dimsum Station, up until that delightful Pandan Custard Cake and Coconut Windmill Cake for dessert. 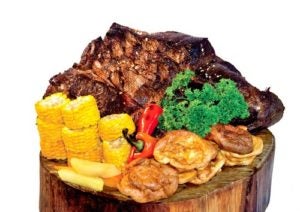 An authentic Mediterranean feast awaits diners on Tuesdays with the “Planet of the Greeks.”

The spread includes the Fattoush Salad and Crispy Crab Cake as appetizers.

And then you’ll be treated to the captivating flavors of the Spachcock Chicken and Churrasco with Al Verde Sauce.

Capping the meal are Namoura Almond Bars and Churros.

Wednesdays are for seafood lovers. With “Elements of SeaPrise,” the stars are the Fish En Croute and Oven Baked Salt-Crusted Fish for carving.

And then help yourself with the Seafood Crepe, the aromatic Shrimp Bisque Soup, the Fisherman’s Pie and luscious desserts like the Pumpkin Mousse Cake and Mango-Apple Pie. 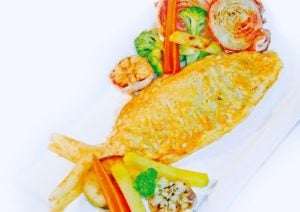 It was a Thursday when the local media sampled “Wonders of the World” dishes. A big hit was the Bacon Explosion—a combination of ground pork and beef wrapped in bacon and bathed in a sauce of Carolina Barbeque with coffee.

After a tour of the world’s best flavors, come back home to the “Savor Filipino” theme on Saturdays. 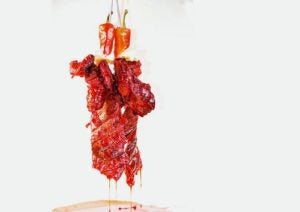 Pinoy classics like the Crispy Pork Bagnet, Seafood Kare-Kare and Beef Kansi Soup await you. Even the desserts are classics like a big bowl of Binignit and crispy Banana Langka Turon.

Prior to finding himself in Harolds Hotel, Chef Vince had colorful years working in the kitchens of five-star resorts and hotels in Cebu and Bohol, as well as in Canada.

Chef Vince put together his years of experience in creating the different themes.

Knowing the importance of diners’ feedback, he is actually open to changing some items in the menu for each themed night in order to also offer something new to their loyal patrons. 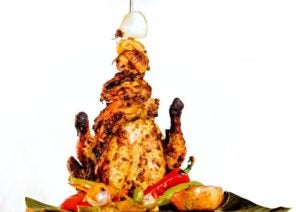 Considerably smaller than other hotels’ restaurants, HCafe takes pride in its carefully selected buffet offerings which is not too overwhelming, ensuring customers that each dish on the spread passed the meticulous taste of its chefs and kitchen staff.

“In Harolds, our passion is to serve food with quality. So even if we are smaller, what we serve is quality food,” said Chef Vince who has been with Harolds for the past three months now.

HCafe’s Themed Nights are available from Monday to Saturday from 6 p.m. to 9 p.m. for P568 net per person, including limitless mocktail drinks.