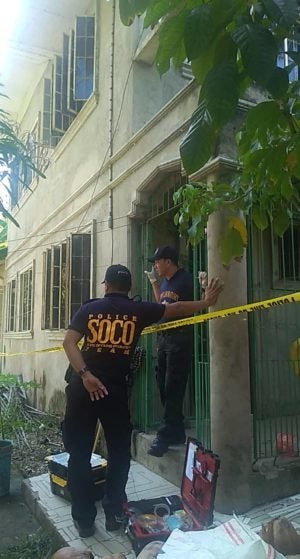 The victim was Former Lagtang Barangay Captain Marc Ferdinand Bas, who was released on bail for charges of illegal possession of firearms and explosives.

He was found dead inside the house by his live-in partner at around 6:00 a.m. on Monday (October 8).

His son, Art Stephen Bas, who served as barangay councilman of Lagtang, was killed in an ambush along Cebu South Coastal Road (CSCR) last July.

In an interview with Cebu Daily News, a caretaker of the residential compound disclosed that she saw at least three unidentified men who entered the victim’s house at past 11 p.m. on Sunday (October 7). She then heard sounds of gunfire an hour later.

The caretaker also said that she saw the assailants fled from the vicinity with a four-wheel vehicle.

The former village chief was renting the house for three months now.