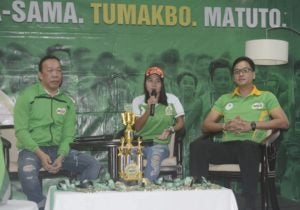 The current number of runners was revealed during the launching of the Cebu qualifying race on Tuesday morning at the Cebu Grand Hotel.

The Cebu leg, the seventh of 11 qualifying legs held in key cities around the country, starts at Osmeña Boulevard fronting the Cebu Normal University campus and ends at the Cebu City Sports Center.

The champions of the 21k will qualify for the national championships in Laoag City, Ilocos Sur on December 9.

Registration is ongoing at the Cebu City Sports Center.