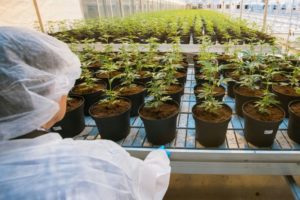 Public health officials contend that smoking cannabis is as harmful as tobacco, but welcome the opportunity legalization affords for open dialogue. /AFP

CANADA will end its pot prohibition Wednesday with the goals of curbing the black market and use by youth, amid concerns around the public health and safety merits of legalization.

Public health officials contend that smoking cannabis is as harmful as tobacco, but welcome the opportunity legalization affords for open dialogue.

Police, meanwhile, are scrambling to prepare for a predicted rise in drug-impaired driving and are not yet ready to lay three new charges, which require blood tests within two hours of being pulled over to show above-limit levels of THC, the psychoactive agent in cannabis.

“As a doctor and as a father, I do not agree with the legalization of recreational cannabis,” said Antonio Vigano, a medical marijuana specialist and research director at the Sante Cannabis clinic in Montreal, citing the risk of increased consumption among young people.

“There are health concerns,” Gillian Connelly of the Ottawa Public Health Agency told AFP. “But legalization is creating an opportunity to have discussions about cannabis use, for example, parents starting a conversation with their kids about it.”

This failed messaging has helped to make Canadians among the highest per capita users of cannabis, with 4.6 million or one in eight having consumed pot this year (including 18 percent of Ottawa youth).

There are now hundreds of millions of dollars in funding available for education, and, Connelly said, “a concerted effort to get information out to people about the harms of cannabis.”