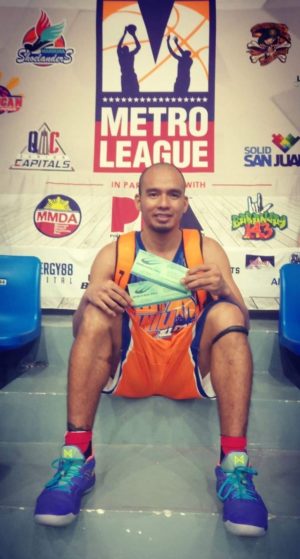 More help is on the way for the Cebu City Sharks-Casino Ethyl Alcohol as they came to terms with veteran swingman and local favorite, Gayford Rodriguez and sweet-shooting big man Mannie Gabas, in the Maharlika Pilipinas Basketball League Datu Cup.

And there’s even more as according to Sharks head coach Titing Manalili, the Sharks have also added reigning Cesafi MVP Jaybie Mantilla to their roster, bringing its total to 19 players after they dropped former PBA bruisers Erick Rodriguez and Jondan Salvador, lost two-guard Ian Ortega who decided to go back to Cebu and added forward Edrian Lao in the dispersal draft earlier this week.

Manalili said the acquisitions, both of whom previously played for the Manila Stars, would go a long way in their bid to make it to the top eight.

“They’re good additions. They’re veterans who can really help this team. They give our team more depth especially in the frontcourt where we have Rhaffy Octobre and William McAloney logging in heavy minutes,” shared Manalili.

Manalili also said that Mantilla, who is also the frontrunner in this season’s race for the coveted Cesafi MVP award, would be coming onboard as soon as the Cesafi season ends.

Rodriguez, a former standout of the University of the Visayas who got picked by Rain or Shine in the 2013 PBA Draft but never got to play in the big league, said he was excited to be reunited with some familiar faces.

“I’m happy that I’ll get to play with people that I have played with and against in ‘panalay’ leagues,” said Rodriguez, a crowd favorite here in Cebu.

“I’m really excited that we’ll be having more guys to help us out especially the bigs. I hope they can adjust to the system right away since they’ll be playing huge roles for us all,” said the former University of Cebu ace.