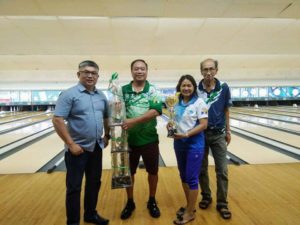 Succeeding Gothong at second place was John Galindo (1,037) while at third place was Rey Velarde (1,021).

Frenzy Williams (886) managed to make it in fourth place while Hannah Bantilan (866) landed in fifth place.

The tournament completes the 2018 Friday Group Bowler of the Year list of qualifiers.

Because Gothong and Osada have already won in previous month’s competition, velarde and Williams will take over as the December qualifiers. Winners can only represent one month in the finals.

The Bowler of the Year will roll-off starting with the Men’s division on November 16.