All set for LizQuen-Jadaone film in 2019 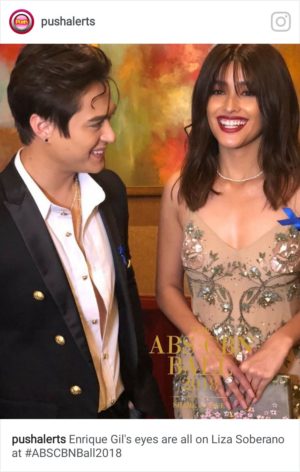 THE POPULAR loveteam of Liza Soberano and Enrique Gil, known to their fans as LizQuen, are starting 2019 with a bang by doing a film
together.

Award-winning director Dan Villegas announced on his Instagram account last Friday evening that Soberano and Gil will headline a new movie to be written and directed by his partner, Antoinette Jadaone.

On TV, Soberano and Gil were last seen on ABS-CBN’s primetime fantaserye, “Bagani.”

Black Sheep, a film production company for Star Cinema, also announced the news on the LizQuen film on its Instagram account.

“THIS JUST IN: A Black Sheep x LizQuen x Tonet Jadaone film will be coming your way this 2019,” the post reads.