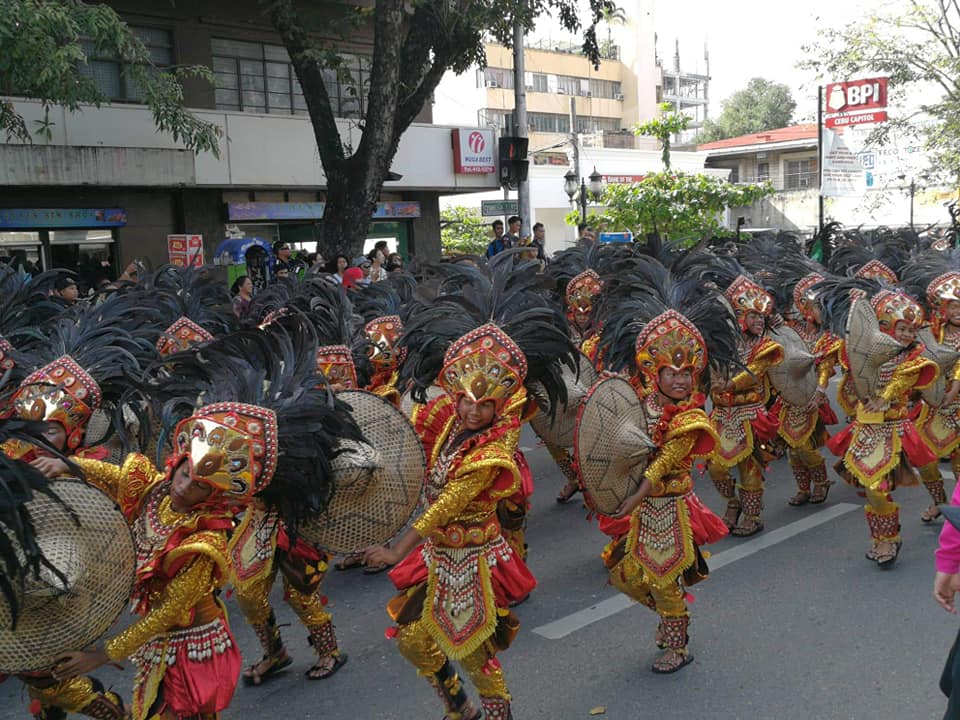 Performers from Tribu Malipayon of Consolacion town danced for the Señor Sto. Niño during the street dancing competition of the Sinulog sa Lalawigan on Saturday, January 12. / CDN Digital file photo

CEBU CITY, Philippines – Their first time was a charm for Tribu Malipayon of the Municipality of Consolacion as they went on to win the third place in three categories in the Sinulog sa Lalawigan held on Saturday, January 12.

But they have not shown their most spectacular performance just yet as they reserved it for the Sinulog Grand Parade on Sunday, January 20, according to choreographer Lemuel Rosos.

“Our presentation in the Sinulog sa Lalawigan is different from the Mardi Gras. Our audience will see a new storyline, more pasabog. Abangan!” he told Cebu Daily News Digital.

The group won third place in the street dancing competition, ritual showdown and Best in Musicality during the Sinulog sa Lalawigan on January 12.

Rosos said this is the first time that the local government unit of Consolacion sent a contingent to participate and compete in the annual Sinulog celebration.

He said that Mayor Teresa Alegado, Vice Mayor Aurelio Damole and members of the Sangguniang Bayan are fully supportive of the group.

They are also in close coordination with Joannes Alegado, who serves as chairman of the Tourism and Culture committee.

Rosos said the contingent adapted a neo-ethnic fushion as their performance concept, all done as an offering to the Holy Child.

In coming up with the concept, Rosos said they were inspired by the sarok, a native hat made of bamboo and dried banana leaves, that Consolacion town is known for.

“This contingent is very special because our presentation is our way of thanking Señor Sto. Niño for the many blessings he bestowed to our progressive town,” he said.

He said this year’s participation is also a special prelude to the town’s centennial celebration in 2020.

Rosos, a native of Sante Fe town in Bantayan Island, is a devotee of Señor Sto. Niño.

“Our town’s patron saint used to be Sto. Niño. Now it is Santa Fe,” he said.

Rosos said the contingent has close to 800 performers composed of 96 dancers, 650 propsmen and 50 instrumentalists.

They also have 400 individuals who serve as support staff.

Managing a contingent of this size is no easy feat but Rosos said he is able to manage this number with the help of a creative team composed of assistant choreographers and dance masters.

“We keep on praying to our Holy Child, ang Hari sa Tanan (King of All Kings), nga iya ming bubu-an sa iyang balaang grasya (that he will bless us with more graces),” said Rosos./dcb