Conditions for return to CSBT set for drivers, 8 others banned from terminal for failing drug test 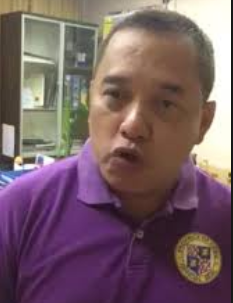 CEBU CITY, Philippines — They can only enter the Cebu South Bus Terminal after two or three months if they will bring a drug test result showing that they are drug free.

Jonathan Tumulak, CSBT manager, set this condition to the drivers, conductors and six others, who were found positive of drug use during a surprise drug test on Wednesday, January 23.

Tumulak was referring to the 3 bus drivers, 2 conductors, 2 helpers, 2 vendors, 1 controller, and 1 porter, who failed the January 23 drug test.

He also said that most of those who failed in the drug test claimed that they allegedly used illegal drugs during the eve of the Sinulog and on the day of the Sinulog itself.

Two Job order employees of the CSBT were also found positive of drug use during the tests.

Tumulak said he had already forwarded the drug test results to the human resources department of the Capitol, who would recommend actions against the two JOs.

He also said that it would also be up to the bus operators to impose further sanctions on their drivers and conductors who failed to pass the drug test.

Read Next
‘Do not forget the traditional sinug’