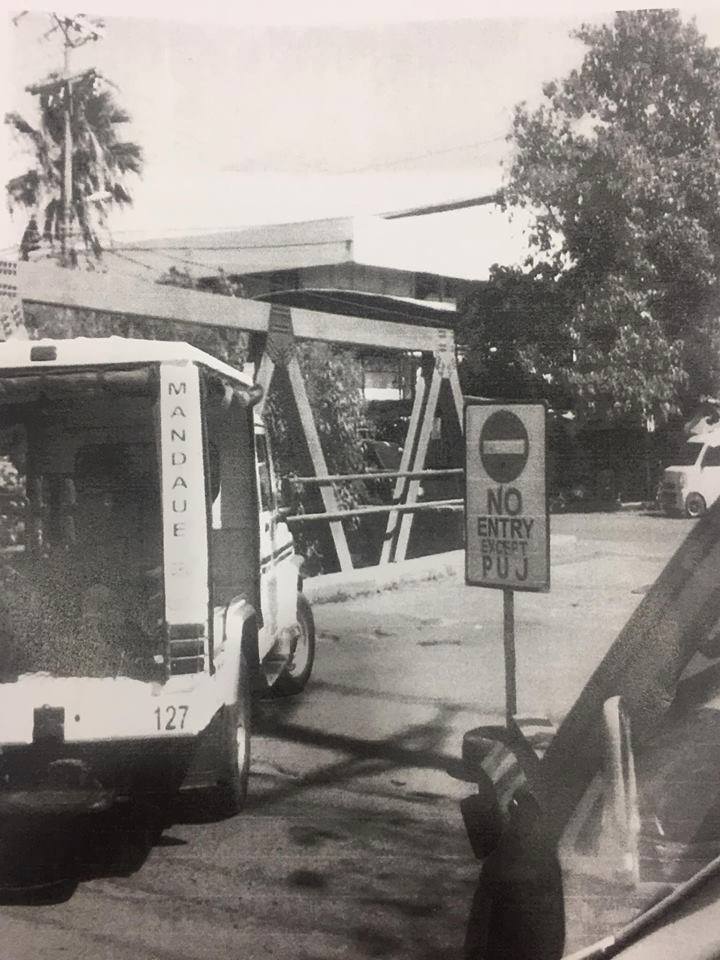 A photo of the police vehicle entering a no entry area in Mandaue City which was apprehended by Mandaue’s traffic enforcers./Photo by Mandaue PIO

CEBU CITY, Philippines – A policeman assigned at the Mandaue City Police Office (MCPO) was directed to pay the corresponding fine for a traffic violation which he committed on January 14.

MCPO Chief Julain Entoma said that the concerned policeman (name withheld) was also directed to write a letter of apology addressed to the Mandate City government for his disregard of a no entry sign that was posted near the new city public market in Barangay Centro.

“In behalf of (the) Mandaue City Police Office, the undersigned humbly asked my sincerest apology for this kind of infractions committed by the men within our ranks and rest assured that this office will not hesitate to impose stiffer administrative penalties against our men if this kinds of infractions continued,” Entoma said in a January 23 letter addressed to Lawyer Mae Elaine Bathan, chief of staff and executive secretary of Mayor Gabriel Luis Quisumbing.

Entoma was responding to a letter which Bathan sent him on January 15 to inform him of a traffic violation committed by one of his subordinates.

A copy of Entoma and Bathan’s letters were posted on the Mandaue City Pubic Information Office Facebook page on late Friday afternoon.

Bathan said in her letter to Entoma that while the Traffic Enforcement Agency of Mandaue (Team) prohibits the entry of vehicles, other than Public Utility Jeepneys (PUJs), on the new bridge which links Zuellig Street to the new public market in Barangay Centro, a police vehicle with body number 127 was seen traversing the said bridge at around 1:38 p.m. on January 14.

Upon inquiry, Bathan said they found out that the trip ticket for the said vehicle was issued to another individual other than the policemen who was driving police vehicle when the traffic violation was committed.

The citation ticket was issued to the driver who violated Team’s no entry policy.

“May I request that your staff together with your other subordinates be reminded of the City’s traffic rules and regulations. Being an enforcer of law, they should set an example to the public and not be the ones who would try to bend and violate such rules,” Bathan added on her letter.

Entoma said in his January 23 rely letter that he already directed Police Chief Inspector Jason Manganon, head of the city’s Special Weapons and Tactics (Swat), to make the erring policeman pay the fine for the traffic violation, which he committed and prepare a letter of apology addressed to the city government.

He said that the erring policeman was also warned that a “repetition of the same violation” would lead to an administrative charge./dcb