Starting last Monday, MyBus has began deploying some of their buses to ferry passengers to I.T. Park from the corners of M.J. Cuenco Avenue and Pope John Paul II Avenue (formerly known as Juan Luna Avenue) in Barangay Mabolo, and vice-versa.

This is on top of the free bus rides to I.T. Park being offered by the Cebu City Government since November.

In their official Facebook page, MyBus announced on Wednesday, January 30, the schedule of their free bus trips.

Each trip will have a one-hour interval. 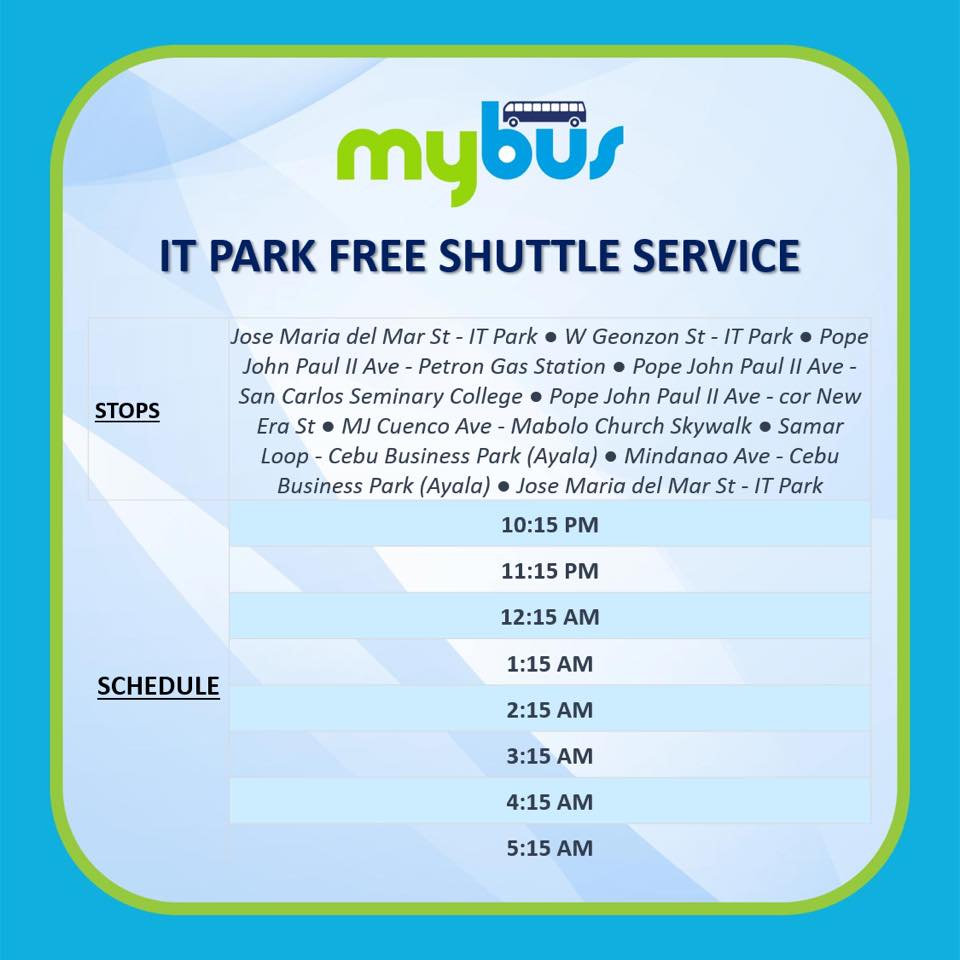 The schedule and the corresponding bus stops of the free MyBus rides to I.T. Park |  PHOTO SCREENGRABBED FROM MYBUS FACEBOOK PAGE

The free MyBus rides were in fulfillment of Cebu City Mayor Tomas Osmeña’s promise to provide safer, alternative modes of transportation for workers in the graveyard shift, following the death of Loraine Temple, a call center agent, last October in a dimly lit portion of Pope John Paul II Avenue.

Based on the memorandum of agreement (MOA) signed between the Cebu City Government and Metro Rapid Transit Services Inc., which owns and operates MyBus, the latter will provide at least three bus units for the operation while the former will shoulder the fuel for the buses.

In an earlier interview, Osmeña said the free bus rides offered by MyBus are not limited for call center agents only.