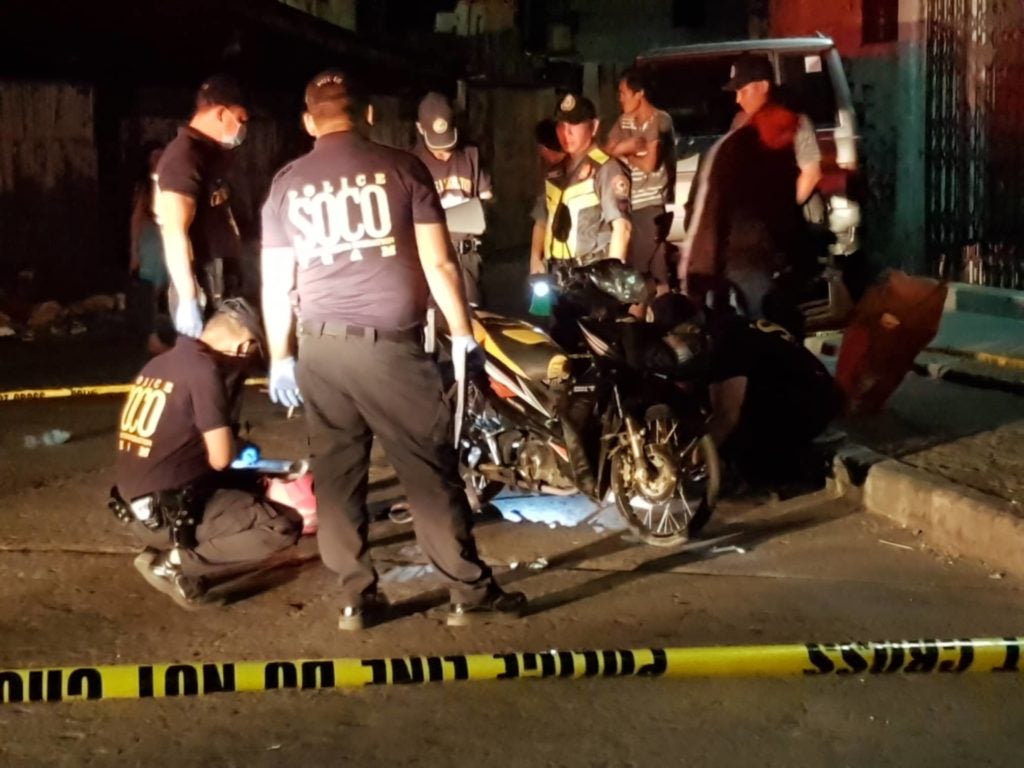 Scene of the Crime Operatives (Soco) of the Cebu City Police Office (CCPO) process the crime scene where an Allan Ouano was shot dead while driving through a street in Barangay Ermita, Cebu City late in the evening of Feb. 1, 2019. Ouano died at 12:40 a.m. of Feb. 2, which also happened to his 25th birthday. | Photo by Benjie Talisic

CEBU CITY,  Phillipines- A young man died within the hour that he turned 25 years old after he was shot on the eve of his birthday in Barangay Ermita, Cebu City on Friday, February 1.

The victim,  Allan Ouano, was driving a motorcycle along L. Filibusterismo Street of Barangay Ermita when he was shot. He was rushed to the city-owned Cebu City Medical Center (CCMC) but died some 40 minutes after midnight, or at 12:40 a.m. of February 2, which was Ouano’s birthday.

Senior Police Officer 1 (SP01) Jeofrey Gutual, the case investigator from the Carbon Police, said the victim was identified through the ID card found recovered from his  body. Ouano was a resident of Mandaue City.

Witnesses  told the police that they heard two gunshots before they saw the wounded Ouano sprawled on the road beside his motorcycle.

The Scene of Crime Operatives (Soco) of the Cebu City Police Office  recovered two empty shells of .38 revolver at the crime scene along with Ouano’s motorcycle, said Gutual.

Police were investigating if the killing could be drug-related as a  medium pack of shabu (crystal meth) was found in Ouano’s pocket by CCMC personnel who were checking his body prior to treatment, said Gutual. /elb

Your subscription could not be saved. Please try again.
Your subscription has been successful.
Read Next
Barangay Walang Iwanan 2019 Transforms Communities Towards Zero Exclusion, Zero Carbon, and Zero Poverty