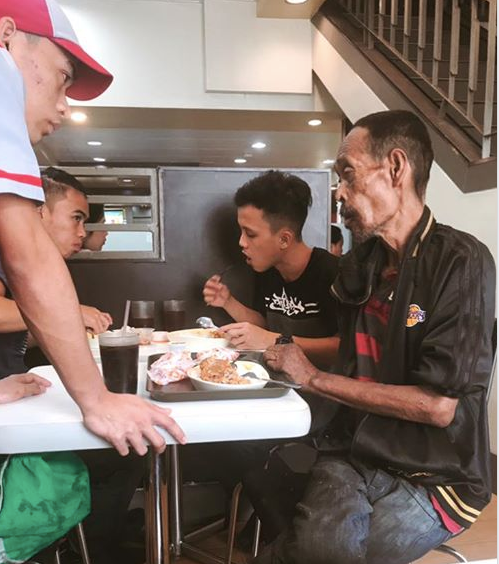 This is the photo of the FB post showing the good deed of Jollibee Sto. Niño crew to an old hungry man. | Screenshot of Charmane Marie Cejano’s FB post

CEBU CITY, Philippines — A netizen shared on her social media account a good deed made by some of the crew in Jollibee Sto Niño branch when the crew was eating their meals today.

The crew invited an old man, who was looking out from the window of the store who looked hungry. They gave him food, and the old man refused to eat saying that the place was just for rich people, but the crew insisted and even gave him food to eat as he went on for the day.

The post has garnered nearly three thousand likes and reactions on Facebook in a span of three hours./dbs