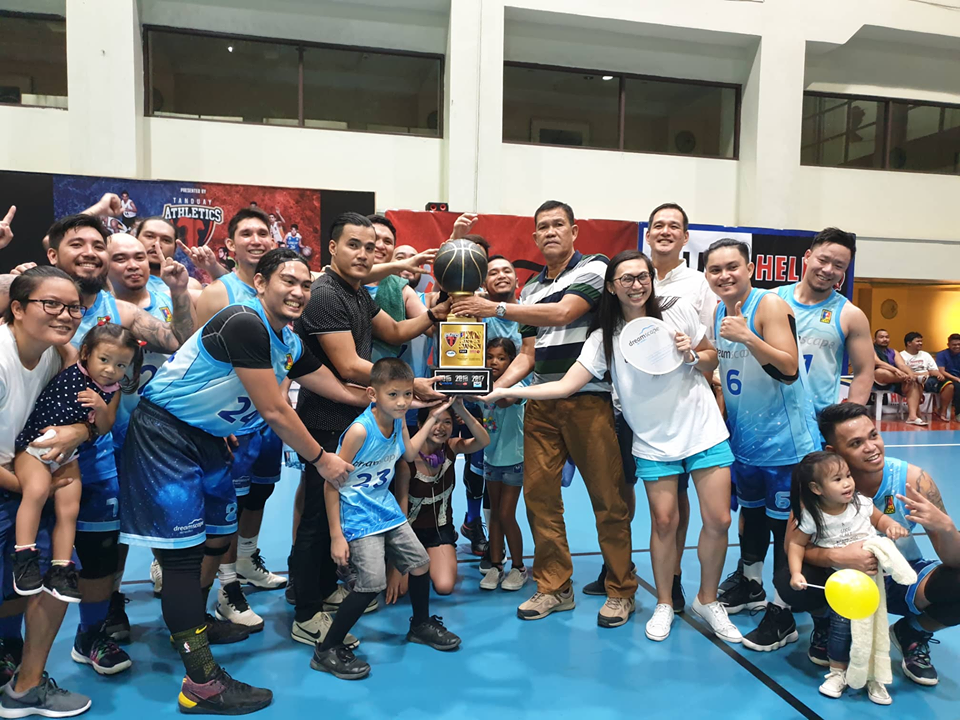 Dreamscape celebrates its victory in the Evo League of the E-Leagues for Basketball. | Contributed photo

Cebu City, Philippines — The Dreamscape Lions snatched the Evo League championship in the Tanduay Athletics E-Leagues for Basketball with a thrilling 51-47 win over the Kyocera Frontiers in the deciding Game 3 on Saturday, February 9, 2019, at the City Sports Club-Cebu.

The “Lion King” Ralph Belarmino roared the loudest as he tallied a monstrous double-double of 16 points and 23 rebounds to go with three steals, two assists and a blocked shot.

He was named the tournament’s Most Valuable Player afterwards.

The win was a hard-earned one for Dreamscape, which trailed Kyocera in the best-of-three series after losing Game 1 with Belarmino on the sidelines because of a league-imposed suspension.

The Lions appeared poised to grab the easy win as they led 49-38 in the later moments of the fourth when the Frontiers scored seven straight, capped by a baseline jumper by Junrey Cabarrubias to trim the deficit to 45-49 with 1:04 to go.

However, Joseph Jin Arong slammed the door shut on Kyocera as he made a pressure-packed midrange jumper on the other end to raise the Lions’ lead back to six with just 30 seconds left.

The title victory means that Dreamscape would be competing in the Elite Classic division next season. /bmjo