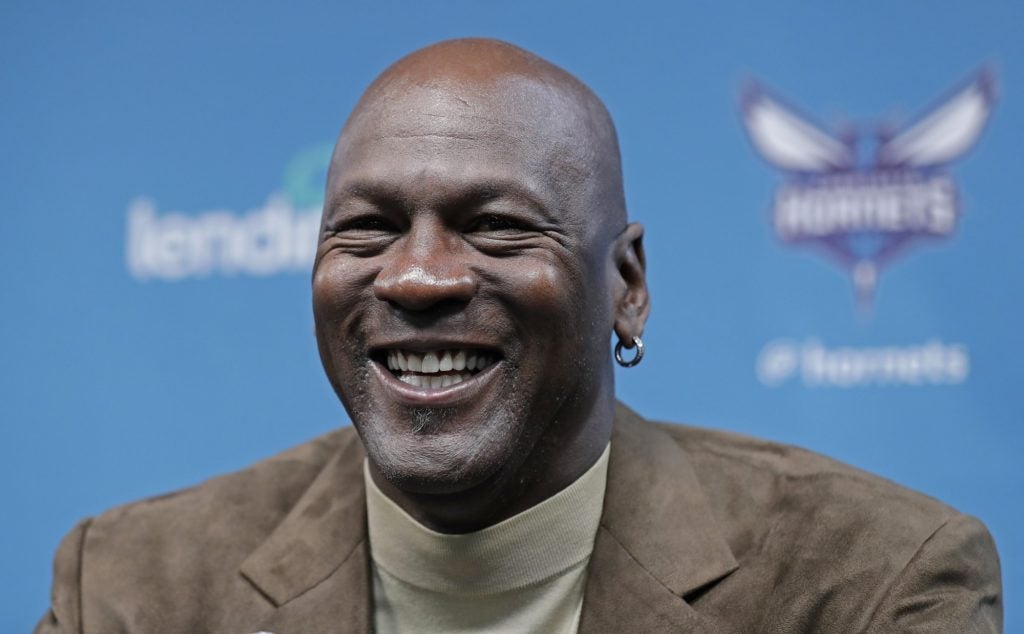 NBA superstar Michael Jordan in a press conference for the upcoming All-Star Weekend to be held in Charlotte, North Carolina. | AP photo

CHARLOTTE, N.C.  — Buzz Peterson knew Michael Jordan as well as anyone when they were in college.

Roommates and teammates at North Carolina, they spent countless days competing on the basketball court in practice and endless hours talking hoops. Their nights often included shooting pool and tossing cards in their Granville Towers South dorm room. There often were arcade games — before the home video game craze hit — at the Pump House on Franklin Street in downtown Chapel Hill.

But Peterson never saw this coming: His roommate becoming an NBA owner and hosting the league’s All-Star game in his home state of North Carolina.

“You know, staring across the dorm room at him back then, no, I never would have thought this would happen,” Peterson told The Associated Press.

“Frankly, no,” Jordan said Tuesday (Wednesday, Philippine time) in a news conference previewing the All-Star game. “Growing back up as a kid here in North Carolina, the first thing is play basketball. Then things just evolved from there.”

While maybe unexpected, Peterson said he isn’t shocked by what Jordan has achieved.

“Michael has always been very sharp, very smart,” said Peterson, now an assistant general manager for Jordan’s Charlotte Hornets. “He’s a very good listener. He gathers information and opinions and then makes decisions. And once he makes the decision to go after something, he goes all out. He is absolutely driven to be successful in whatever he chooses.”

“It’s a constant reminder that I am getting old ,” Jordan joked. “The All-Star game is always around my birthday and I wish it could be postponed a week.”

The only thing seemingly that has eluded Jordan is ultimate success as an executive and team owner.

His Hornets have yet to win a playoff series since he took over as majority owner nine years ago and they remain mired in NBA mediocrity while struggling to compete in a small market.

But Jordan wants to change any negative perceptions of the Hornets or of Charlotte. It’s one reason he aggressively pursued the All-Star game, hoping the showcase will help attract marquee players in the future. He said Kemba Walker being an All-Star game starter also helps.

“It’s an illustration of the type of players we are trying to draft and grow from within,” Jordan said. “So from a Hornets standpoint, that is on display this week. We have a lot of work to do and choices to be made to get to that (championship) level, but it starts with the presentation of what the city is all about — for other people to see and understand that this may be a small market but it is a unique city to be in, and that the fan base tremendously comes out and supports the game.”

Dell Curry is expecting Jordan to go all-out for this weekend’s festivities.

“He’s excited for the NBA to come to his home state and play in the building of the team he owns,” said Curry, the Hornets color commentator and former NBA player. “So he is going to roll out the red carpet. He only knows one way to do it, and that is big time.”

Jordan’s is known to embrace a challenge.

On the court, after not being able to make his school varsity as a sophomore, Jordan went on to become a two-time All-American, NCAA champion and the national college player of the year in 1984. He is a two-time Olympic gold medalist and won three straight NBA titles — and after a stint in minor league baseball — returned to the league and won three more.

Off the court, Jordan marketed his on-court success into a fortune.

He describes Michael as a “country boy” who never lost sight of his work ethic. He was the youngest of the three boys who relished a challenge, and James Jr. said their parents, James Sr. and Deloris Jordan, always taught the boys to go after their dreams.

“Our parents taught us that you can achieve anything you want, but you have to have drive, that motivation — and you have to work hard at it,” said James Jordan Jr., who now works as an executive for the Hornets after spending 31 years in the military.

Jordan changed the shoe game when Nike created Air Jordan, which he later spun off into the Jordan Brand.

Now, when fans see the Jumpman logo, they think of Jordan.

“I think it was easy to envision Michael doing anything at that point,” said former Chicago Bulls teammate Steve Kerr. “He was conquering the NBA world as a player and as a shoe salesman and endorser, so I think we all just felt like the sky was the limit.”

Forbes Magazine estimated Jordan’s net worth in 2018 at $1.6 billion and Hornets president Fred Whitfield said he anticipates the All-Star game will have a $100 million economic impact on Charlotte.

It should all make for an entertaining weekend.

“I think when it’s all over,” James Jordan said of his brother, “he will sit back and relax and maybe smoke a cigar and say ‘that was a great event,’ and just be really proud of himself that he made it happen.”