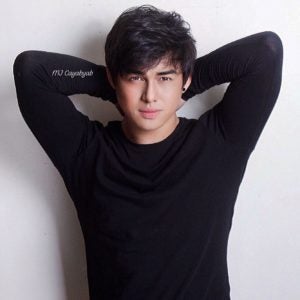 Cayabyab wants to play a man possessed with spirit, crazy, and killer in a horror genre project.

The singer-actor is known for portraying Nars in “Be My Lady” in 2016 headlined by Erich Gonzales and Daniel Matsunaga.

His recent character was Isda, a friend of Eva, Julia Barreto’s character in the top-rating series, “Ngayon at Kailanman” in 2018.

After “Ngayon at Kailanman”, he learned his priorities.

“Kasi I left for Australia during our most busy schedule sa taping at naapektuhan ang role ko which made me out of the show. Parang ganoon ang pagka intindi ko,” he added.

To learn more about Isda, he had to talk with transgender women and asked tips on how to portray his role properly.

Before he appeared in a television series, Cayabyab auditioned and inked a contract with Viva Artist Agency in 2012.

Aside from dream roles, Cayabyab dreams to collaborate with Thyro Alfaro, Ex Battalion, and Yumi Lacasama.

He also wants to explore other music genre like HipHop and Original Pilipino Music (OPM). His forte are ballad and Rhythm and Blues (RnB). /bmjo