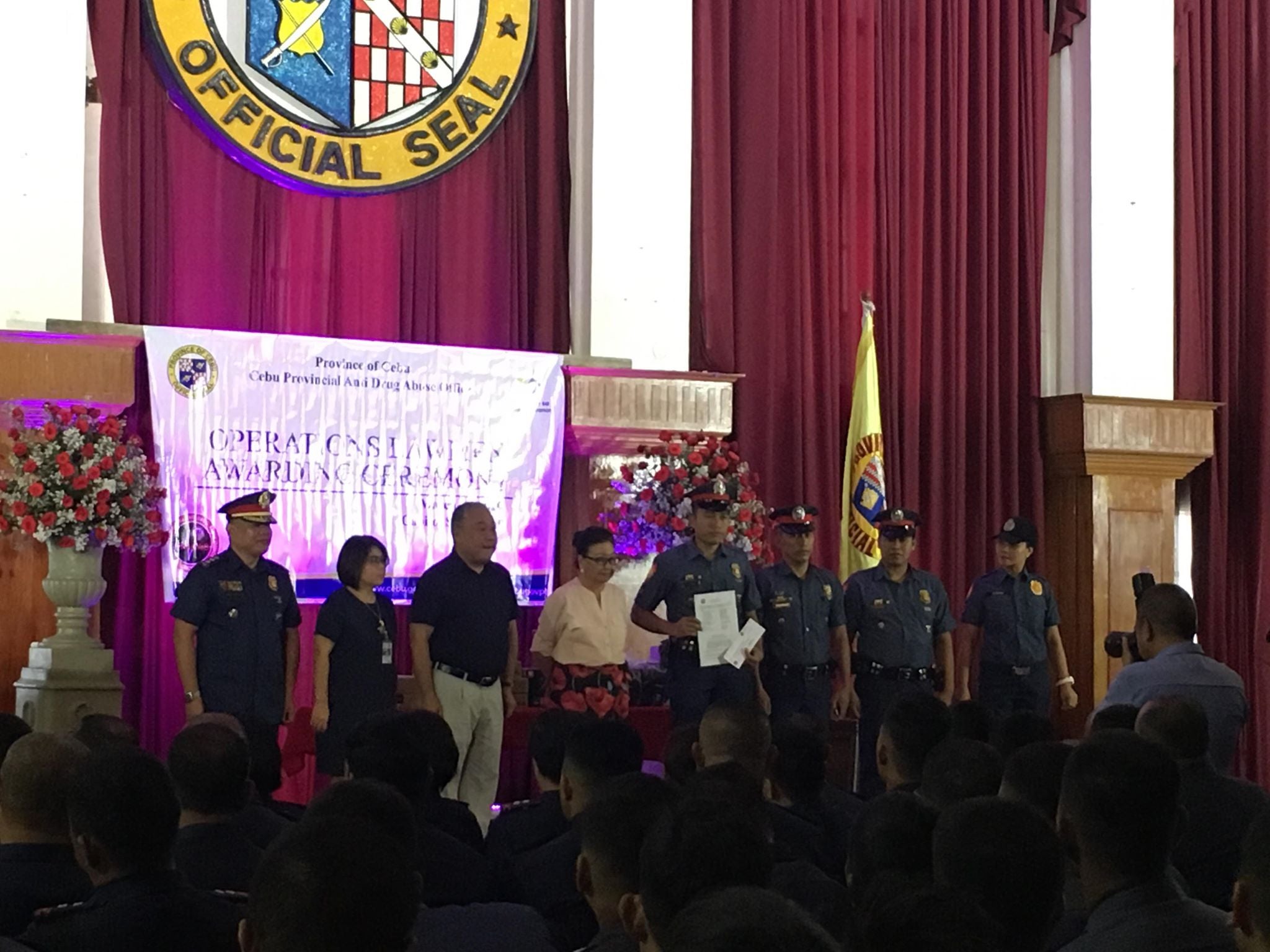 Cebu City, Philippines – The Cebu Provincial Capitol handed out awards and cash incentives to 135 police officers from different towns and municipalities in Cebu for their efforts in the successful drug operations in Cebu in the past year.

“We recognize the invaluable role of PNP (Philippine National Police) in the realization of our mission, in the province, particularly law and order and shared responsibility, and I thank all of you for tirelessly working with us in our relentless pursuit towards a drug-free Cebu,” said Cebu Governor Hilario Davide III.

Police stations were also given DSLR cameras and other things in the ceremonial turnover after the police officers were awarded.

“I’d like all of you to stay neutral always and just do your job,” Davide addressed the officers. “Do not pick sides, and take the side of the law always. Ayaw mo pagamit sa mga pulitiko, ayaw mo ug pag apil apil sa kampanya. You are there to ensure the safety of the public workers.”

Cebu Provincial Police Office (CPPO) Provincial Director Senior Superintendent Manuel Abrugena hopes that these awards will boost the morale of the police officers in the continuing fight to diminish illegal drugs in the province of Cebu.

He said that if ever there were police officers in campaigns, they are there to provide security.

“We are protecting not only politicians campaigning, but also the attendees of these activities,” he said. /bmjo