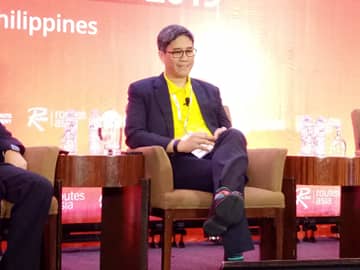 “There’s a lot of opportunity for expansion within the Philippines’ interisland connections from key cities like Clark and Cebu,” said Michael Ivan Shau, chief operations officer of Cebu Pacific.

Shau was among the panelists at the ongoing Routes Asia 2019 conference which opened in Cebu on Sunday, March 10.

“We are also in the final stages of launching a new route between Cebu and mainland China,” Shau said, but he did not give any further details.

Earlier, Cebu Pacific stated that they would ramp up capacity in its Cebu hub by as much as 20 percent this year.

The airline is focusing on developing Cebu hub for routes to north Asia markets such as China, Korea and Japan. The Philippines is the closest tropical destination from north Asia, Shau said.

“Cebu and the 166 islands within the province alone boast of some of the best tropical getaways in the world,” he pointed out.

On the other hand, Shau said that the airline will be launching three new domestic routes from Clark International Airport. These are daily flights between Clark and Iloilo as well as Clark and Bacolod starting August 9, 2019.

“We believe that there is a significant untapped market in the Philippines,” Shau said.

“Having direct links between domestic destinations and other Cebu Pacific hubs will spur tourism and movement of goods and investments,” he added.

The Clark International Airport has served as the airline’s hub for Northern and central Luzon.

“I think there’s still a lot of potential, a lot of growth opportunity,” said Lao, who also joined a Routes Asia 2019 panel discussion. “Cebu Pacific will continue to grow its network. We’ll be looking at increasing frequencies,” he said./ dcb