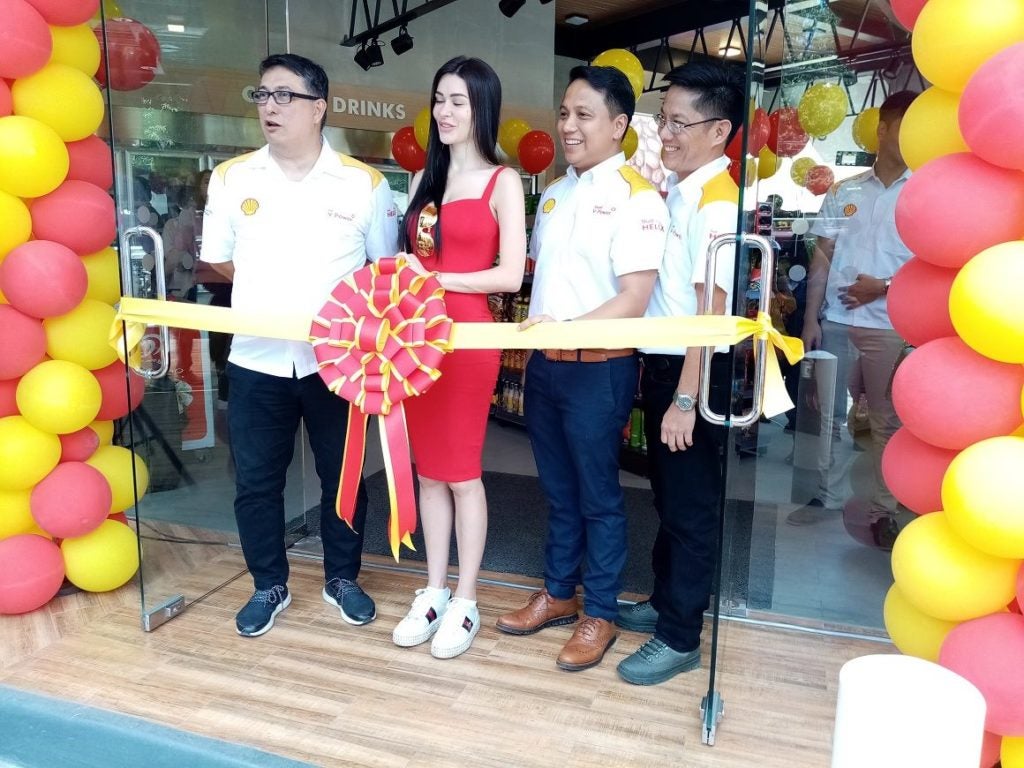 CEBU CITY—Shell opens its first ever new-generation retail station in the world here in Cebu that showcases green features.

“It costs around one car per pump, just to give you an idea,” he said.

However, Altonaga could not say how much the company spent for these pumps.

He explained that vehicles could gas up at any of the gas pumps for whatever fuel type they would need.

“We’re committed to give Cebu market the best and the highly technological equipment we have in the globe, actually,” Altonaga said.

Shell Mango also offer services such as reliable and affordable oil change packages through the Shell Helix Oilchange+ and other vehicle care services.

Altonaga said they would want to replicate the casa experience with the highly trained mechanics and receptionists as well as computerized professional service.

Shell Mango also has a lounge for customers who wait while their vehicles are serviced.

Randy Del Valle, Shell global network planning manager, said that as Shell was opening more petrol stations, gas stations, and service centers globally, the company wanted to incorporate  the changes that would take into consideration their customers’ needs and the community voices.

“We’re trying to do some pilots around the world. We’re actually doing a pilot in Russia, in Moscow. We have an ongoing pilot that is being developed in Jakarta, in Kuala Lumpur; in South Africa and Hungary,” Del Valle said.

For the Philippines’ pilot, Shell did not choose Manila, he said.

Instead the company chose Cebu to test this new customer offer, he added.

“Mango will be the first site around the world that will actually test a little bit of this new concept of being customer centric and a little bit of sustainability angle,” Del Valle said.

Shell, he said, would continue to increase the number of its petrol stations, gas stations and service stations from the present 44,000 by adding 10,000 sites globally.

Aside from that, the features that show Shell’s commitment to reducing environmental impact and promoting more sustainable practices are what make Shell Mango station different.

It features green elements such as the solar panels to help cut down energy costs. It uses LED lighting and inverter technology for chillers and air conditioning unit for better energy efficiency.

It has a self-irrigating plant wall to cut down the station’s carbon footprint and a rainwater collector that enables the station to use run-off water for the plants in the landscaped area.

On top of this features, the station also uses Knoxout exterior paint to convert air pollutants into breathable air. /dbs

Read Next
Kylah Kristianne Yve Sanchez plans to get a degree first before joining Bb. Pilipinas