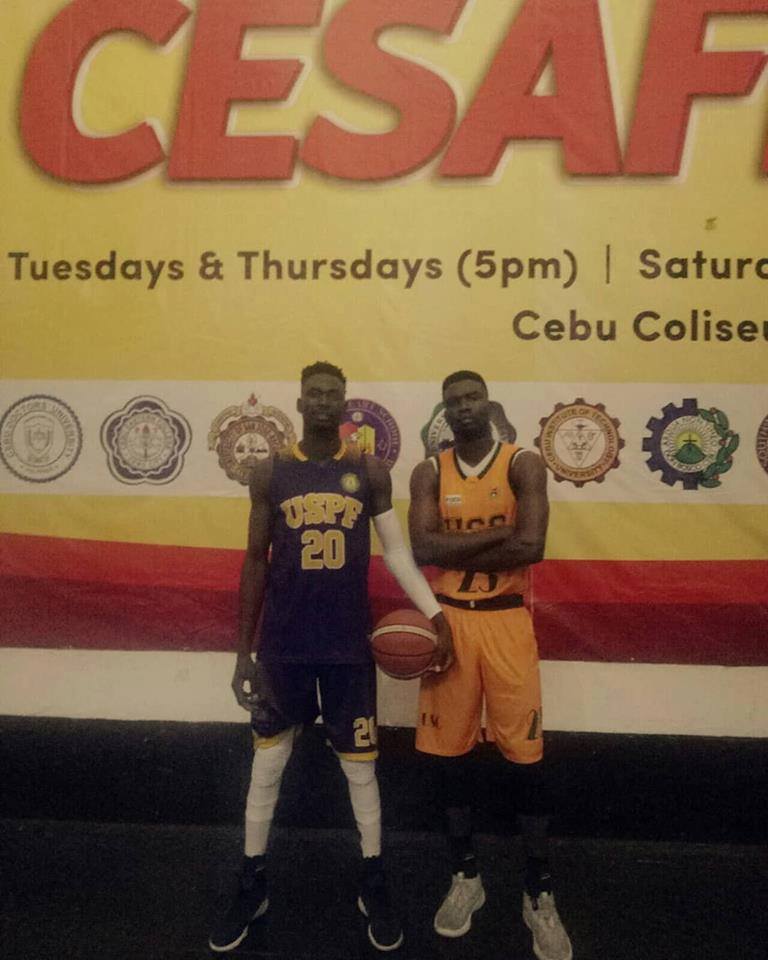 Cebu City, Philippines — Two brothers from Nigeria — Rich and younger brother, Sommy — will set aside their inseparable bond for a moment as they try to give their respective schools the championship in the finals of the Naga City Inter-Collegiate Basketball League on Sunday, March 17, 2019, at the Enan Chiong Activity Center.

In a talk with Cebu Daily News Digital, Rich, the 24-year old sentinel of the Panthers, shares that they have always played hard against one another even when they were still younger.

“Whenever I am on court, I face all my opponents with the same mindset to win, and playing against my brother is no difference,” he added.

Sommy, the budding 21-year old star of the Warriors, echoed his older brother’s sentiments, saying, “How I feel doesn’t matter, what matters is the outcome of the game, which is the championship. Facing my brother doesn’t change anything.”

The two may be relentless competitors on the court but off of it, they’re as close as brothers can be, and they shared how appreciative they are to have family in the same foreign country they’ve chosen to call home.

“Family is everything a man can ask for, having someone who shares the same cultural, religious and social values and of course, the same blood in a foreign land is priceless. And I cherish every second I am here with him,” shares Rich.

“To us family is everything. Me being here with Richy makes me feel safe. My relationship with my brother is one of a kind, a very long, nurtured relationship that was cultivated by the unity and love in my family. We were brought up to love one another as one and we grew up as one,” adds Sommy. /bmjo

Your subscription could not be saved. Please try again.
Your subscription has been successful.
Read Next
Archdiocese of Cebu to issue Oratio Imperata on El Niño; gov’t urged to make long-term solutions