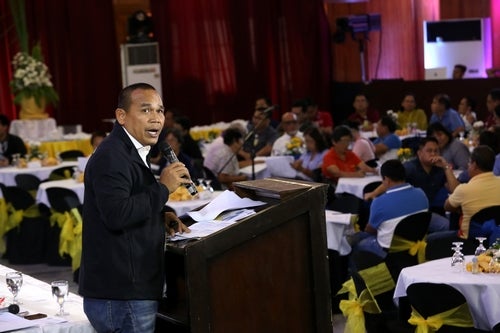 CEBU CITY, Philippines — Following an interagency meeting among the different departments in Cebu, the Provincial Disaster Risk Reduction and Management Office (PDRRMO) has recommended to Governor Hilario Davide III to place the province under a state of calamity in preparation for the effects of the weak El Niño on crops and livelihood.

Baltazar Tribunalo, PDRRMO head, said placing the province under a state of calamity would enable the province to prevent the deprivation of income due to the effects of the El Niño.

(It has been forecast that there will be a weak El Niño, so the people will not plant crops. If they will not plant, then what will they eat?)

Read more: With El Niño’s effects starting to be felt, state of preparedness in Cebu pushed

Tribunalo said that they look at providing food for work or cash for work for affected farmers and  fisherfolks.

“We have a potential cash for work or food for work or direct support in terms of food items,” said Trinunalo.

Tribunalo also said that placing the province under state of calamity would ease the procurement of necessary items to mitigate the effects of the El Niño.

In an earlier report, Tribunalo said that the PDRMMO would recommend to the governor to place the province under a state of preparedness so that the province could address the effects of the El Niño on crops and livelihood of farmers.

After today’s interagency meeting, they decided to recommend that the province be placed under a state of calamity instead./dbs

Read Next
NBTC Nationals: SWU-Phinma moves on to next round; Cebuano Enriquez helps NU advance